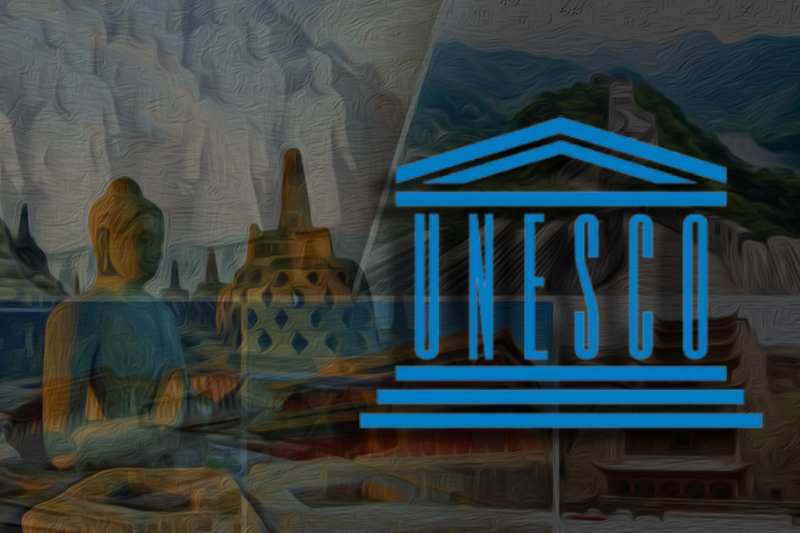 1. The Great Wall of China

The Great Wall of China has been a UNESCO World Heritage Site since 1987. It was built by the first emperor, Qin, who began construction in the 3rd century B.C. The wall is made up of wood, brick and stone. It also reflects China’s culture and traditions.

The Golden Temple of Dambulla is located in the central part of Sri Lanka. It is the largest and best-preserved cave temple in Sri Lanka. It consists of five cave temples. It has been a pilgrimage site since the 1st century BC.

The Historic Monuments of Ancient Kyoto in Japan is home to a multitude of cultural sites. Kyoto is home to impressive Buddhist temples and grand palaces. This site has been the centre of Japanese culture for many years.

The Borobudur Temple is located in Indonesia. It is the world’s largest Buddhist temple. It was built in the 8th and 9th centuries AD during the reign of the Syailendra Dynasty.

In 1999, the historic town of Vigan was listed by UNESCO as the best-preserved example of a Spanish colonial town in Asia.  The entire area contains 233 historical buildings reflecting Spanish colonialism in Asia.

Read More: Top 5 Richest Politicians Of The World In 2022

The Tropical Rainforest Heritage of Sumatra site was inscribed as a UNESCO World Heritage site in 2004. It harbours a spectacular array of flora and fauna. It comprises three Indonesian national parks on the island of Sumatra.

Vat Phou is a ruined Khmer Hindu temple complex in southern Laos. It was developed between the 5th and 15th centuries during the Khmer Empire. It was shaped to express the Hindu vision of the relationship between nature and humanity.

Hoi An Ancient Town is located in Viet Nam’s central Quang Nam Province. It was inscribed as a UNESCO World Heritage site in 1999. It is the best-preserved example of the Southeast Asian trading ports from the 16th and 17th centuries.

Angkor Wat in Cambodia is said to be the world’s largest religious monument. The temple is located in the Angkor Archeological Park. It was built with sandstone blocks.