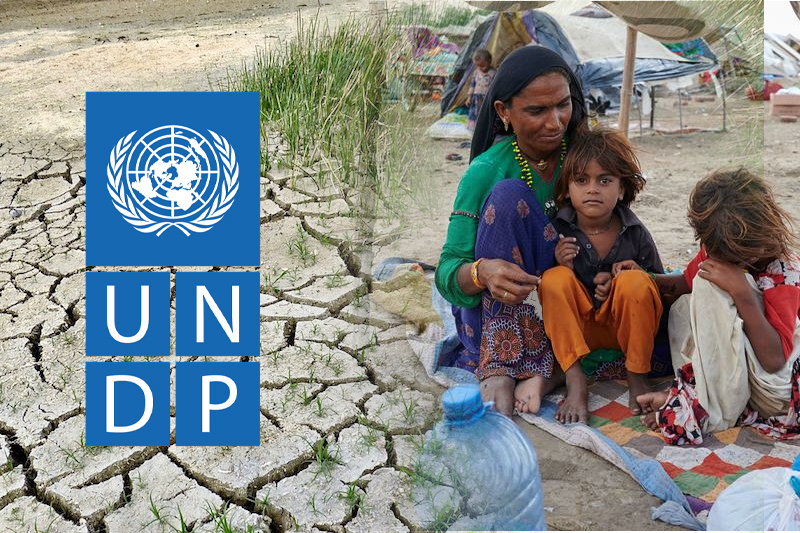 According to a new data by UNDP (UN Development Programme) that was released on Friday along with the Climate Impact Lab, “The impact of climate change on health if carbon emissions remain high, could be up to twice as deadly as cancer in some parts of the world”. Giving the example of Dhaka, Bangladesh, where in case of very high emissions by year 2100, more deaths can occur due to climate change. The deaths in such case could rise to nearly twice the current annual death rate from all cancers in the country.

“Because of human action, the concentration of carbon dioxide in our atmosphere is reaching dangerous levels, driving Earth’s temperatures higher and amplifying the frequency of intensity of extreme events”, says the newly launched Human Climate Horizons platform, adding that without urgent action, climate change will continue to further exacerbate inequalities, and also uneven development. Building on the analyses of 2020, 2021 and 2022 Human Development Reports – and fed by an evolving stream of frontier research – the data shows how climate change can impact people’s lives – from mortality to livelihoods, and energy use, notes the UN News.

📢 OUT NOW: @UNDP and @impact_lab’s new Human Climate Horizons platform allows you to explore the impact of #ClimateChange under different scenarios until the end of the century, right at your fingertips. 🌍

Electricity availability and fuels used to generate it to power air conditioners and heaters, play a crucial role in our ability to cope with extreme temperatures, stresses UNDP. Yet, the climate change impacts on energy use might be based on the community or area as individuals, communities and businesses will adapt to the changed conditions while using available resources.

“The impact of climate change differs across sectors of the economy with workers in high-risk, weather-exposed industries like agriculture, construction, mining and manufacturing most affected”, according to the UNDP data. In Niamey, Niger, in sectors such as construction, mining and manufacturing, excessive heat was responsible for 36 fewer working hours annually, taking a 2.5 per cent toll on the country’s future GDP, mentions UN News.

UNDP chief Achim Steiner stresses, “As climate change intensifies and the world faces an immense energy crunch…decoupling from fossil fuels and investing in the green energy infrastructure of tomorrow…[is] the only logical economic choice.”