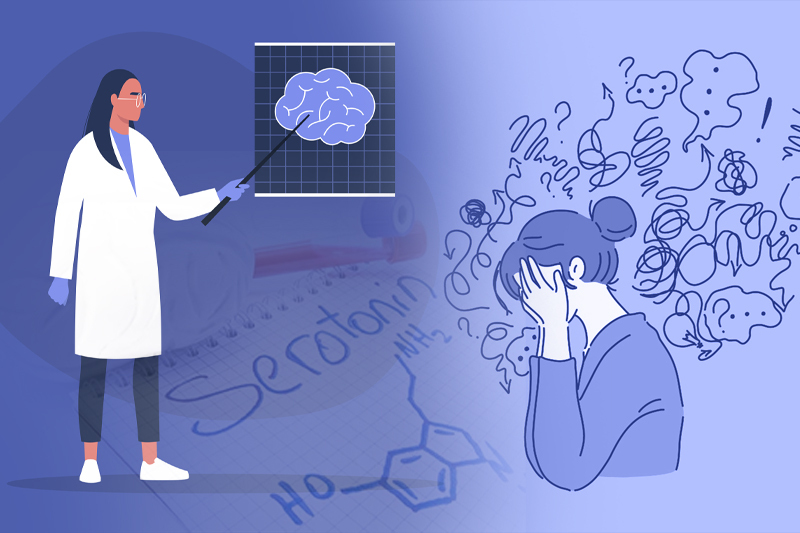 Scientists through a study have claimed the first direct evidence that people with depression have a decreased capacity to release serotonin in the brain. The findings obtained from a brain imaging study have thereby reignited a debate within psychiatry over the ‘serotonin hypothesis of depression’ and challenged “the conclusions of an influential review published in July that found no clear evidence that low serotonin levels are responsible”.

The latest study that was led by scientists at Imperial College London, has suggested that people who have depression have a decreased serotonin response. “This is the first direct evidence that the release of serotonin is blunted in the brains of people with depression,” said Prof Oliver Howes, a consultant psychiatrist based at Imperial College and King’s College London, and a co-author. “People have been debating this question for 60 years, but it’s all been based on indirect measures. So, this is a really important step.”

The serotonin hypothesis had evolved from evidence from postmortem brains and blood samples which had suggested a deficit of serotonin could be involved in depression. The theory provides a “plausible biological mechanism for how the main class of antidepressant drugs, selective serotonin reuptake inhibitors (SSRIs), are effective, and is why the brain chemical is sometimes referred to as a happy hormone”.

The study that was published in the journal Biological Psychiatry included seventeen patients with major depressive disorder or depression that is linked to Parkinson’s disease and also 20 healthy volunteers. The participants were all given a PET scan, using a radioactive tracer to find out how much serotonin was binding to certain brain receptors. They were after that given a dose of amphetamine that helps to stimulate the release of serotonin, and then scanned again. Researchers found reduced serotonin response in the depressed patients.

The study has been hailed as a big achievement. Prof Catherine Harmer, of the University of Oxford, who was not involved in the work, said, “It’s really noteworthy that they found evidence for lower serotonin release.”