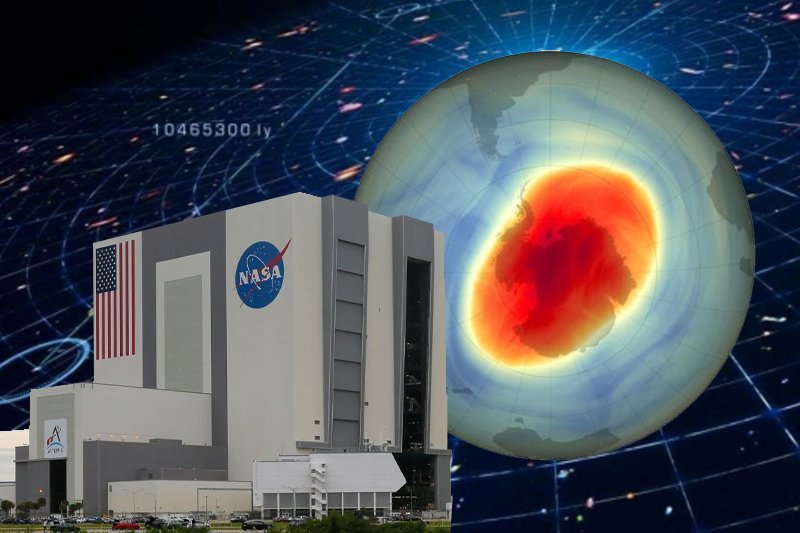 The good news is that the ozone layer in the atmosphere since 1971 has shrunk, according to data shared by NASA. The credit is going to reduction in the use of ozone depleting substances really.

The hole is much smaller than last year and this is showing evidently. Recorded towards the South Pole, the hole is said to be shrinking particularly throughout this year, Nasa has said in a statement recently.

“This depleted area of the ozone layer over the South Pole was slightly smaller than last year and generally continued the overall shrinking trend of recent years,” the space agency said.

International efforts have been stepped up to remove the threat posed by the hole. The ozone layer is very important for the survival of the human race, because it protects us from the harmful ultraviolet rays that the Sun emits. The ozone layer creates that protective layering to protect humanity.

Ozone is a natural molecule made up of three oxygen atoms mostly found high above the Earth. The causes of the hole were effectively tackled as a result of international co-operation known as the Montreal Protocol; an agreement struck in 1987. Nasa said the annual Antarctic ozone hole reached an average area of 23.2 million square kilometres between September 7 and October 13.

The occurrence of its thinning was first noticed in Antarctica in the 1970s which continued to deteriorate till the 1990s. The cause of the damage was attributed by scientists to a number of man-made chemicals in the atmosphere, particularly chlorofluorocarbons (CFCs), which were used in sprays, foams, air conditioning and refrigerators. Some businesses attempted to dismiss concerns over the ozone hole as nonsense.

But as cases of cancer and acid rain increased, creating severe damage to monuments, human life and other public property, businesses were forced to rethink their emissions and alter their production policies as well.