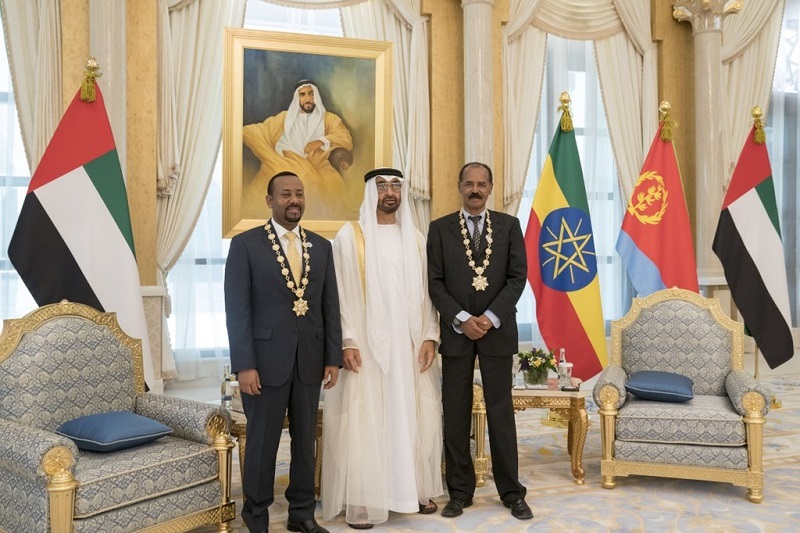 The United Arab Emirates (UAE) has always played an important role in resolving the conflict between Ethiopia and Eritrea. It has always supported the peace and development of the two countries.

Over the past few years, the UAE has constantly participated in talks to establish peace in the region. The UAE also played a major role in the historic peace agreement between Ethiopia and Eritrea, contributing to the security and stability of the whole region. Under the guidance of the UAE, these two countries signed the historic peace accord in 2018.

Earlier this year, the UAE provided humanitarian assistance to Ethiopia. The UAE sent around 46 tons of food aid loaded in aircraft to the Tigray region to alleviate the suffering of the people.

On October 26, Secretary of State, Antony J. Blinken, spoke with UAE President, Sheikh Mohammed bin Zayed Al Nahyan, about the situation between Ethiopia and Eritrea. The US Secretary of State asked the UAE President to deal with the situation and mediate to reach a peaceful solution. Blinken and Sheikh Mohammed bin Zayed Al Nahyan also discussed the immediate need for a cessation of hostilities in northern Ethiopia.

Earlier in 2018, the Ethiopian prime minister’s chief of staff, Fitsum Arega, acknowledged meetings with UAE officials. Arega appreciated the UAE for playing a major role in establishing peace between the leaders of Ethiopia and Eritrea.

Through political alliances, aid, investment, and military base agreements, the UAE tried to help the two countries.