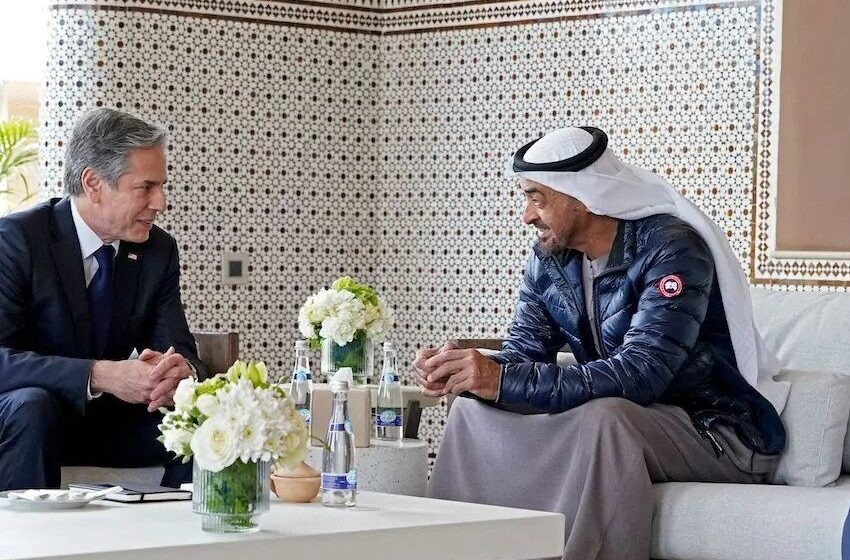 Baquer Namazi, an American incarcerated in Iran for more than six years, landed in Oman on Wednesday and is en route to Abu Dhabi as a consequence of renewed international efforts to secure his release due to health concerns.

The family stated that he will be flown from Oman to the UAE, where he will undergo surgery at the Cleveland Clinic in Abu Dhabi.

Mr. Namazi stated, upon his arrival in Muscat, that it was not surprising that Oman played a crucial part in his release.

“I appreciate the cooperation and good faith of everyone concerned. There is still much work to be done, but we will continue to assist in any manner possible by encouraging discourse and fostering trust.”

The 85-year-old former UN employee was arrested in February 2016 while attempting to visit his son, also incarcerated in Iran: Siamak Namazi.

Mr. Namazi was found guilty of “collaboration with a hostile government” and sentenced to ten years in jail in Iran in 2016.

The Iranian government released him on medical reasons in 2018 and ended his case in 2020, reducing his sentence to time already spent but prohibiting him from leaving the country. The U.S. stated that the allegations of espionage were unfounded.

Mr Namazi’s attorney announced his departure from Iran immediately after Iranian state television broadcast images of him ascending the stairs to board a plane with the bright blue symbol of the Royal Air Force of Oman.

“Today is a fantastic day for the Namazi family, but there is still much work to be done. Mr Namazi’s attorney, Jared Genser, stated that the United States and Iran must act promptly to reach an agreement that will result in the release of all American hostages.”

The release of Mr. Namazi coincides with a stalemate in indirect talks between Iran and the United States regarding how to restore the 2015 nuclear deal.

Mr. Namazi will have a carotid endarterectomy at the Cleveland Clinic upon his arrival in Abu Dhabi, his relatives said.

They stated that the surgery will “clean out a major blockage in his left internal carotid artery, putting him at a very high risk for a stroke.”

Babak, Mr. Namazi’s other son, was overjoyed at the news of his father’s release.

“It is impossible to adequately articulate and describe my emotions. I am simply so thankful that I will soon be able to embrace my father again after such a lengthy separation,” he added.

He praised the Sultan of Oman for organizing the relocation of his father and the UAE for providing medical care.

He also commended the governments of the United States, the United Kingdom, Switzerland, and Qatar for their “decades-long” efforts to free Mr. Namazi.

“While evacuating my father from Iran is of the utmost importance, today is bittersweet.” My brother Siamak, along with Americans Emad Sharghi and Morad Tahbaz, remain jailed in Iran, and our horror will not end until the rest of our family, the other Americans, are reunited with their families,” he stated.

Mr. Namazi, a longtime Unicef employee, was led to Iran by Iranian authorities with the false promise that he would be able to meet his son.

Siamak Namazi, who had been held in Iran longer than any other American-Iranian, resided in Dubai prior to his October 2015 sentencing.

According to his relatives, he is currently on a one-week, renewable furlough from Evin Prison.

Domestic antigovernment protests are increasing the strain on Tehran’s leadership.

The ruthless repression of protesters by the security forces has generated widespread criticism. Western criticism of Tehran’s handling of the protests has hindered efforts to negotiate a nuclear agreement on a global scale.