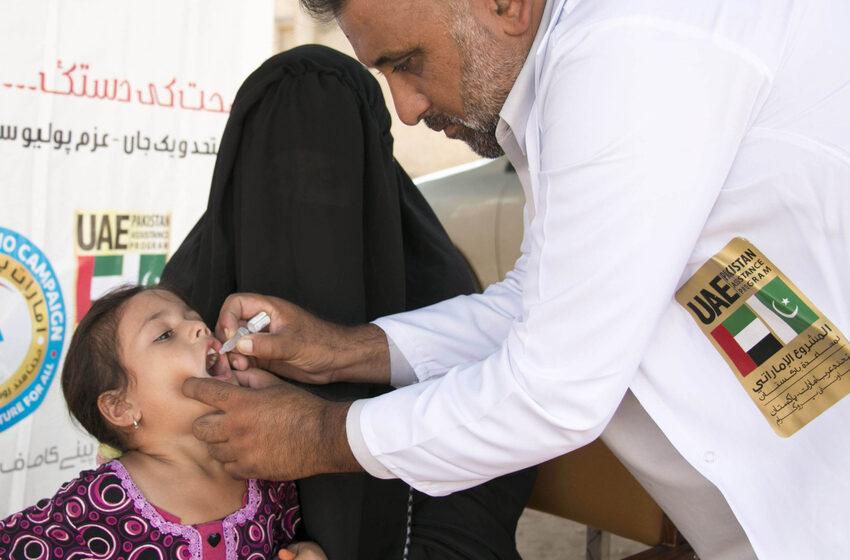 The last case of polio was recorded in the UAE in 1992, but this did not stop the fight against a disease that still cripples or kills youngsters worldwide each year.

Perhaps as a result of its early exposure to sickness in the years preceding the country’s establishment, the UAE has always been a leader in the fight for improved health.

In the same year that polio was eradicated from the UAE, the late Sheikh Zayed bin Sultan Al Nahyan was a pioneer, joining former US president Jimmy Carter in the campaign to eradicate parasitic disease in Africa.

This devotion continues to this day through support for efforts against so-called neglected tropical illnesses, malaria, and of course polio.

The UAE has provided practical and financial assistance to research and immunization programs for over a decade.

There are concerns that the polio virus could resurface in Africa, although it has been eradicated everywhere except Pakistan and Afghanistan.

Crucial help for millions out there

In Abu Dhabi, under the patronage of Sheikh Mohamed and with the backing of Ban Ki-moon, the UN secretary general at the time, and the billionaire Bill Gates, the inaugural Global Vaccine Summit was held ten years ago.

More than 300 international leaders, health and development specialists, philanthropists, and prominent businesses attended the summit, which was a tremendous success.

In just two days, $4 billion was pledged to fund a six-year plan to eradicate polio, and Bill Gates praised the UAE’s government as “dynamic” and “risk-taking.”

After a decade, the six-year deadline has passed and polio is still present, but in considerably smaller numbers. Pakistan has reported more than twenty incidents so far in 2022, while Afghanistan has reported two, but this image may be obscured by the Taliban takeover. At least in Nigeria, the disease has been eradicated.

However, the UAE’s support remains unchanged.

An additional $9,500,000 was announced for door-to-door efforts in Pakistan in addition to $376,000 for protective equipment against Covid-19 for health workers last year.

“This year’s polio outbreaks have demonstrated that polio is a hazard to all communities,” he stated.

While we are heartened by the steady progress made in Pakistan and Afghanistan towards the eradication of polio, we recognize that much work remains.

However, the work accomplished thus far indicates significant advancement. Prior to thirty years ago, polio was endemic in more than 125 nations on nearly every continent. In 1988, at least 300,000 contracted the illness. Today, there are just twenty.