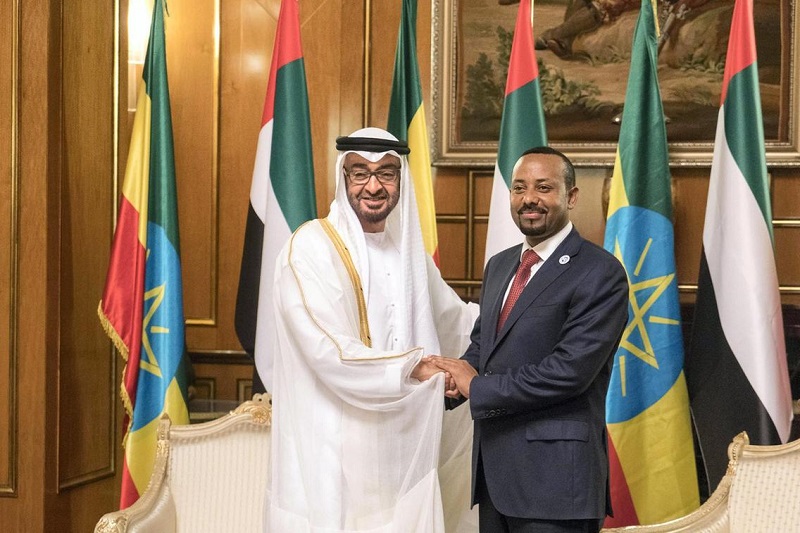 Marking the celebrations of Ethiopia National Day, the UAE has extended celebratory greetings to the friendly nation.

The UAE and Ethiopia are enjoying bilateral ties for more than two decades, which have grown and deepened with every aspect of mutual interest. At the same time, the leadership of both nations have expressed their strong willingness to enhance economic cooperation and peace efforts across the region. Both the UAE and Ethiopia have jointly implemented efforts to strengthen peace and stability in the African horn. Notably, both nations have expanded their cooperation in various areas of key interest, including trade, investment and agriculture.

The UAE has emerged as a major contributor to the peacemaking efforts between Ethiopia and Eritrea to bring stability to the African horn. Earlier this year, Abu Dhabi Crown Prince, and Deputy Supreme Commander of the UAE Armed Forces, Sheikh Mohamed bin Zayed Al Nahyan met with Ethiopian Prime Minister Abiy Ahmed at al-Watan Palace. The two leaders hailed the constructive friendship between the UAE and Ethiopia which has progressed over the year through dedicated work for the greater good of the community.

Why Are Countries Suddenly Restricting Their Exports?

The UAE has affirmed its robust support for the peace agreement between Ethiopia and Eritrea to build good international relations and respect international pacts and conventions. The UAE has ensured a cooperative approach to establish peace and stability in the region while fostering development and building a better future for the people of both countries.

In February 2022, Field Marshal Birhanu Jula, Chief of Staff of the Army of Ethiopia and Deputy Defense Minister of UAE held a meeting to explore ways to promote peace and security in Eastern Africa and the Gulf region.

Economic relationship has been a cornerstone of the bilateral ties established by the UAE and Ethiopia. Engaging in US$1 billion worth of bilateral trade annually, Ethiopia has become a significant trading partner for the UAE Furthermore, Ethiopia is one of the ten countries in the world that the UAE is willing to expand its annual exports by 10 percent as part of the country’s ‘Projects of the 50’ initiative.

Ethiopia has also time and again affirmed its position to strengthen its historic and strategic relationships with the UAE, noting that the Emirates is the second state after Saudi Arabia in terms of investments in Ethiopia.

Earlier, the UAE deposited $1 billion in Ethiopia’s central bank to provide relief to the African nations during foreign exchange shortages. The support came as part of a $3 billion aid and investment pledge announced by the UAE to Ethiopia.

More than 200,000 Ethiopians are currently living happily in the UAE, with a majority of them working across all sectors of the Emirati economy. The two countries have signed an agreement to ensure that Ethiopians are recruited for jobs in the UAE in a legal manner with the aim of widening their cultural cooperation and diplomacy.