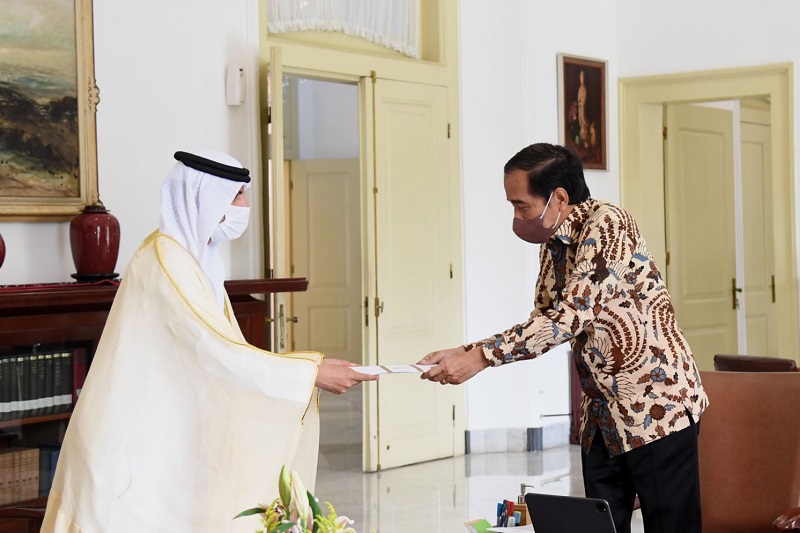 UAE -Crown Prince of Abu Dhabi Mohamed bin Zayed has sent an official invite to the Indonesian president Joko Widodo asking him to visit the UAE to witness the signing of the Comprehensive Economic Partnership Agreement (CEPA) between the two nations.

Al Nahyan, who is also the Deputy Supreme Commander of the UAE Armed Forces, wanted the Indonesian leader to attend such an important event as it is a stepping stone towards establishing strong economic corridors.

It was during him leading the official delegation comprising representatives from G42, which is a Artificial Intelligence and cloud computing company based out of Abu Dhabi. Many of them present at the conference were from departments like  Abu Dhabi Ports, Abu Dhabi Growth Fund, Abu Dhabi Future Energy Company.

During the meeting, the minister conveyed the greetings of the UAE leaders – Zayed Al Nahyan as well as Mohammed bin Rashid Al Maktoum, ruler of Dubai. He expressed the desire for the leaders to continue the growth of the relationship between the two that would further lead to the advancement of his people.

The Indonesian leader too warmly welcomed the wishes of the UAE leadership while also conveying his greeting to the UAE officials. The meeting witnessed both the sides talking in length about their strategic partnership and the keenness by the UAE leaders to develop the relationship with the Indonesian side on all fronts.