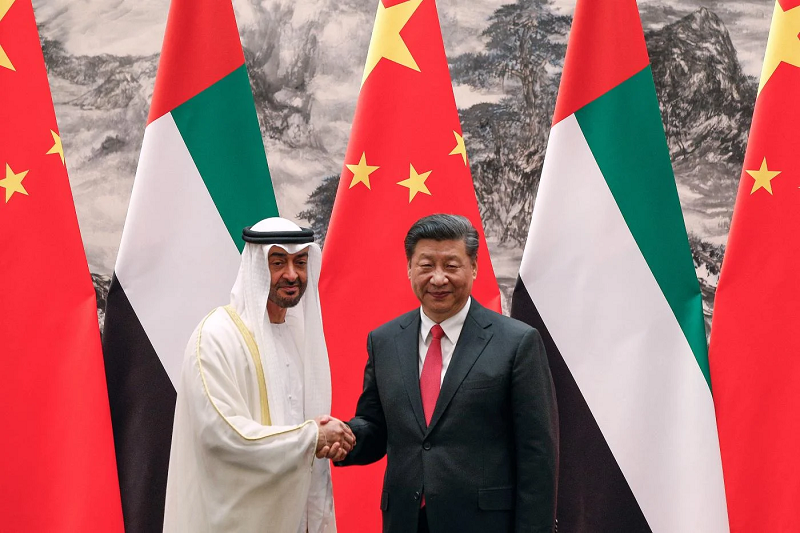 The United Arab Emirates has been maintaining close strategic and military ties with the United States. At the same time, the UAE has facilitated robust economic relationships with China and India amid the ongoing geopolitical shifts in the world.

During an interview recently, Clarke Cooper, former US Assistant Secretary of State for Political-Military Affairs, hailed the UAE’s efforts to maintain strong ties and cooperation with both the US and China on key areas of mutual interest.

Praise for Abraham Accords fostered by the UAE

The US envoy praised the signing of the Abraham Accords as it boosted the already existing security cooperation and other areas of interest between the participating sides.

“The Abraham Accords was one of the most joyful moments in the dark two years of the COVID-19 pandemic. The accords furthered the already existing security cooperation and other areas of mutual interest. The Abraham Accords boosted people-to-people cooperation along with economic development prospects. The Abraham Accords made it very clear that there are ties that can be established while shining light on individual relationships among various sides,” Mr Cooper said in response to a question.

He went on to commend the UAE’s continuous endeavours toward growth and development since its foundation.

“We already know that the UAE is an independent sovereign state. There are a number of leaders in Abu Dhabi who do remember the British era and the transition to Emirati generals. However, if one has to look at a 50 year period, there has been a rapid, almost neck-breaking (looking at the speed) shift the UAE has come from in such a short period of time. Much of that was initially steered by the oil industry, but the UAE has worked very hard to diversify its sources of income and expand its role in the world, the multiversal forums and building bilateral relations. This has been an unprecedented speed for a state to rise in such a short period of time,” he added.

UAE’s strong ties with US and China

“One of the important things to remember is when it comes to security cooperation, the UAE and US have a well-established and a more maturing level of trust over the years. The first security agreement was back in the 1980s when there was a General Security of Military Information Agreement and fast forward to 2019, the UAE and US have a Defense Cooperation Agreement,” the US official noted.

He also explained how the UAE is ensuring necessary steps to maturing its relationships with the US.

“As the two countries ramp upon trust in each other, there is an increase of capabilities and responsibilities as well. What has been unique and impressive with the UAE is rising to such a position of trust in such a short period of time. There are new levels of expectations from each other,” he added.

Subsequently, he talked about the progressing climate change policies and green energy initiatives undertaken by the UAE, noting that the Emirates is driving these efforts through diversification while enduring the need to be realistic.

“The UAE is one of the OPEC states identified as being carbon neutral, thanks to its integrated process to convert resources to green energy. The UAE was quick to recognise water scarcity, food insecurity and migration problems. The UAE worked really hard to meet certain goals but also being realistic about adaptation. I am very impressed that the Emirates looks at it from an adaptive process and not at high-minded theoretical issues,” he concluded.