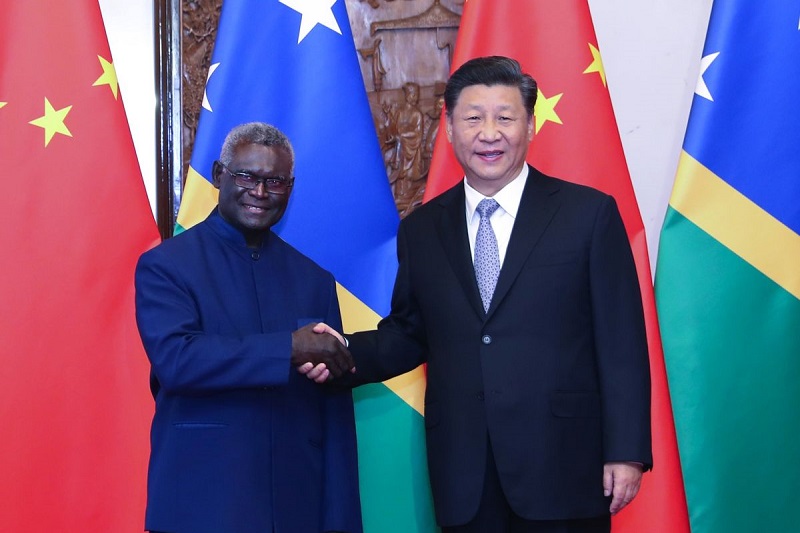 solomon islands the new ground zero of us and china skirmish

“We are concerned by the lack of transparency and unspecified nature of this agreement, which follows a pattern of China offering shadowy, vague deals with little regional consultation in fishing, resource management, development assistance and now security practices,” said a spokesperson from the White House National Security Council (NSC). The NSC spokesperson further said that the announcement appears to be unilateral, given it has come from Beijing rather than government of Solomon Islands. The spokesperson further added, “The reported signing does not change our concerns, and that of regional allies and partners, and it does not change our commitment to a strong relationship with the region.”

Meanwhile, Beijing has accused the United States and Australia of  “deliberately exaggerating tensions” in the region, adding that any attempts of interference are destined to fail.

As the White House Coordinator for the Indo-Pacific Kurt Campbell, and Assistant Secretary of State for East Asian and Pacific Affairs Daniel Kritenbrink from the Defense Department and the U.S. Agency for International Development to Fiji, Papua New Guinea and the Solomon Islands to deepen “enduring ties with the region”, the security agreement between China and Solomon Islands is expected to be a key issue on agenda.

Price added that new agreement between China and Solomon Islands could threaten current paradigms and security of the region.