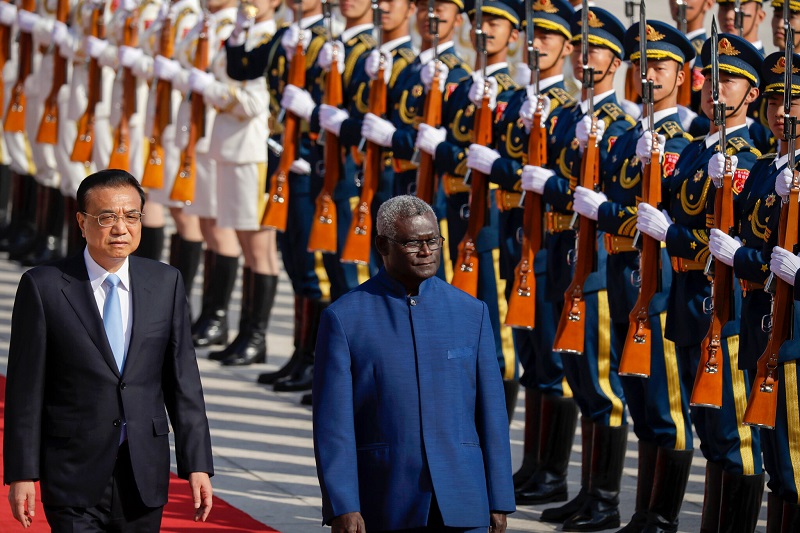 Mr. Panuelo, has expressed grave concerns citing the brewing tensions between China and the United States. “My fear is that we – the Pacific islands – would be at the epicentre of a future confrontation between these major powers,” Panuelo wrote.

Apparently, a draft leaked exhibiting a wide-ranging security agreement between the Solomon Islands and China. But the same also sparked off a series of rebukes from the United States, Australia and New Zealand last week because it would allow Chinese security and naval deployments to the Solomon Islands. In response, the PM of Solomon Islands (it has an autonomous government) Manasseh Sogavare said that as an independent country they feel extremely insulted for being “as unfit to manage our sovereign affairs” by other nations.

In his letter to Sogavare, Panuelo asked the Solomons leader to consider the long-term consequences “for the entire Pacific region, if not the entire world” of signing the security pact. He voiced concern about the Pacific becoming “collateral damage” in a potential conflict between the United States and China, saying the region could be transformed into “the playground for children playing as adults”.

Panuelo lamented the regional schism as nations lined up behind China and the United States: “Wouldn’t it be terrific if they could see that the troubles of our times, such as climate change, require all of them working in concert instead of against each other?” China has strategically gone out to shake hands with those nations which are lying isolated and functioning on their own. Their entities are easily influenced with the trade and financial support that Beijing has to offer.