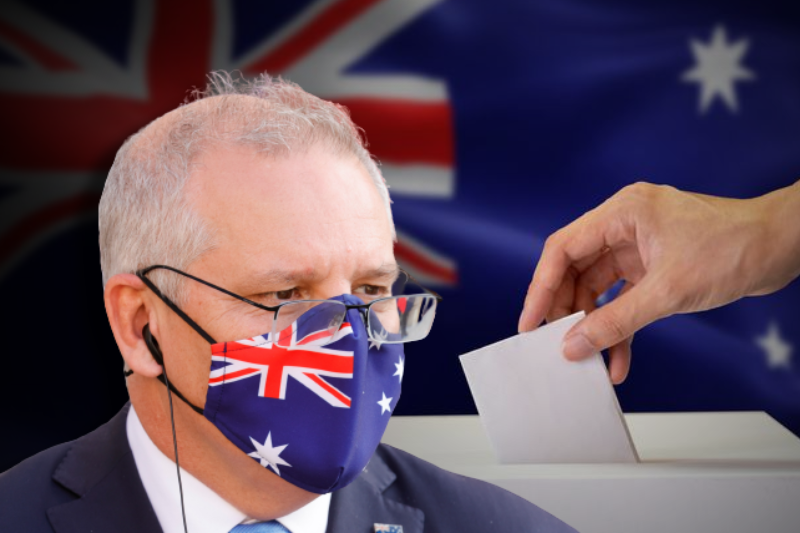 Australia – Australian elections are approaching middle of May; and Australia is warming up to greet the momentum from next week. Current PM Scott Morrison is all gearing up to win another term, as he now moves towards organizing more funds for flood victims of Queensland.

Indeed, Morrison’s conservative government had to change its stance on this as it is not gaining political traction and vote bank from this state. Morrison spend hundreds of millions of dollars more on aid for flood victims in this state, where the centre-left Labor Party must gain seats to win a general election.

Morrison has many wrinkles to crease out. From his administration being pulled into female exploitation, to his handling of trade relations with France, he has a lot of questions to answer.

There was also the issue of refugees being held up without any clarity on when they would be released. Even those were suddenly taken care of. These included refugees detained for two years in a hotel in Melbourne under Australia’s tough border policies that tasted freedom for the first time, since being released into the community.

Refugees were let off from the Park Hotel that shot to fame when famous tennis star Novak Djokovic was also detained on immigration and vaccination issues. It was used to detain refugees medically transferred from Australia’s offshore processing centres for asylum seekers who attempt to reach Australia by boat.

Morrison might have used his old days tactics as an immigration minister. But this has not resonated well with the Australian masses currently. A major reason for this is that the Liberal Party has been facing new pressure from independent candidates that remain critical about the treatment of asylum seekers, including in two seats in the biggest city, Sydney, previously held by Liberal prime ministers. Since the situation in warring countries like Syria, Yemen and parts of Africa became human tragedies, there is immense sympathy towards those seeking asylum.  Other issues Morrison has to tackle is rising cost of living and prices of oil in the wake of the pandemic and the Ukrainian war.