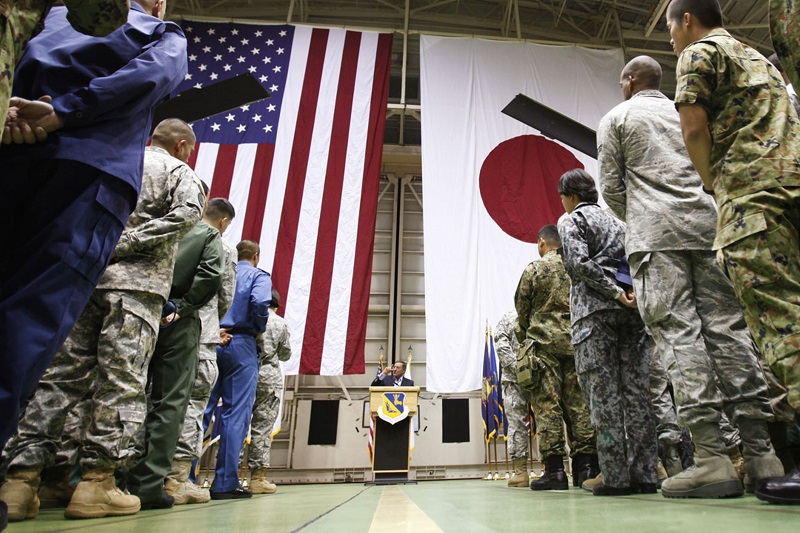 Japan -Japan is moving closer to solidifying its trade relationship with the US as the two see reasons to strengthen their military alliance in the face of the growing threats from China and North Korea. While the world is already reeling under the impact of war from Russia and the Ukrainian side, there is an intensifying threat from the South East Asian quarter as well.

Towards their commitment to join hands against possible warring factions, the Japanese government has now earmarked spending of 1 trillion yen ($8 billion dollars) to host US troops for joint exercises.

This support budget will pay for the purchase of advanced arsenals used in their joint military exercises, as well as utilities and facilities used by the U.S. troops and their Japanese employees working on American bases in the country through March 2027. It is worth mentioning that military exports remain America’s largest earning so far into its coffers.

Japan is going to be investing in virtual combating systems too that would be eventually used in the joint combatting exercises as well. These would be worth a whopping 20 billion yen ($164millon dollars). The roughly 200 billion yen ($1.6 billion) for the first year is included in the fiscal 2022 national defense budget — a record 5.4 trillion yen ($44 billion) — beginning in April.

Japan’s government now describes the host-nation support budget as necessary for strengthening the alliance, rather than for “kindness” as it used to be considered.

The increasing threat from China, North Korea and Russia too has only intensified Japan’s efforts to expand its already robust defense budget and capability that it had been building up, for about a decade now. It has now felt compelled to revisit its key national security strategy in the wake of geopolitical tensions, both in its immediate region and Westwards.

Japan is especially concerned about Chinese military activity in waters in the East China Sea surrounding the Japanese-controlled Senkaku islands, which Beijing also claims and calls Diaoyu. Japan has significantly expanded its joint drills with the United States as well as other partners including Australia, India, France, Britain and Germany that share concern about China’s push for its territorial claims in the region, which has some of the world’s busiest sea lanes.