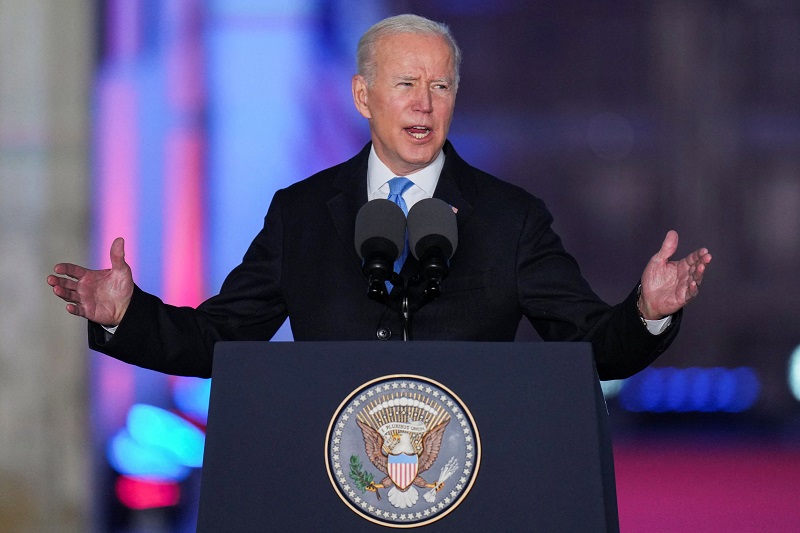 The US President, Joe Biden, met with two Ukrainian ministers in Warsaw, the capital of Poland, amid the Russia-Ukraine crisis. This was the first face-to-face talk between the US president and top Kyiv officials since Russia’s invasion began.

The meeting took place at the Marriott Hotel in the city centre. The place is located opposite the Warsaw train station. Reportedly, there has been a constant flow of Ukrainian refugees at the station since the Russia-Ukraine conflict started.

According to NDTV, Joe Biden was seated at a long white table between Secretary of State Antony Blinken and US Defense Secretary Lloyd Austin. They met with Foreign Minister Dmytro Kuleba and Defence Minister Oleksii Reznikov. According to AFP, there were Ukrainian and US flags in the background.

US President to visit Poland after meeting NATO leaders

Biden met with Kuleba after one month. Biden last met Kuleba in Washington on February 22. Earlier, Kuleba met with Blinken in Poland next to the border with Ukraine on March 5.

Biden arrived midday Friday in Poland. He was greeted in Poland by President Andrzej Duda. On Friday, he met with US soldiers stationed in Poland near the Ukrainian border. He met with European Union and NATO (North Atlantic Treaty Organisation) leaders in Brussels earlier in the week. He also held meetings with allies in the G7.

Biden reportedly compared Ukraine’s resistance to the Tiananmen Square pro-democracy protests in China in 1989. He praised Ukrainians for fighting the Russian forces. He also referred to Russian President Vladimir Putin as a war criminal.

Biden is due to visit a reception centre for refugees and give a major speech on the Russia-Ukraine conflict. More than 3.5 million refugees have now fled Ukraine because of the conflict. Reportedly, Ukraine had received additional security pledges from the United States.