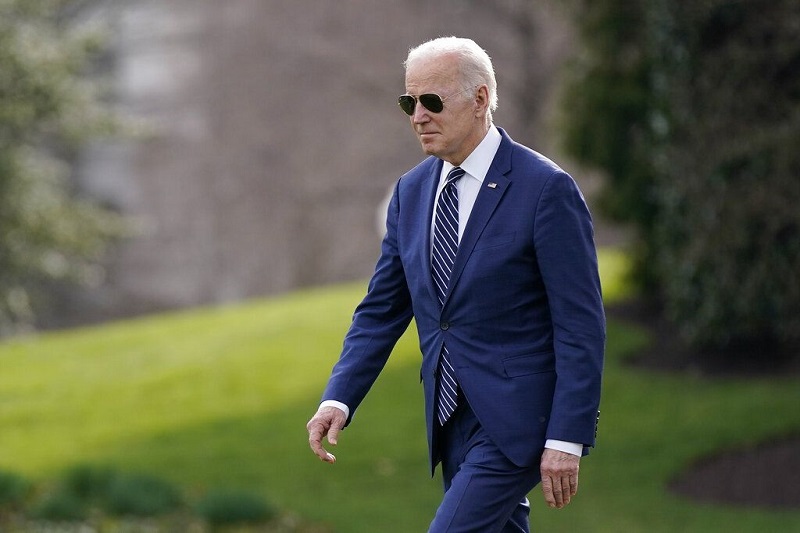 us president to visit poland after meeting nato leaders

US President to visit Poland after meeting NATO leaders

US President Joe Biden is set to travel to Poland on Friday to ponder the international response to Ukraine’s invasion by Russia with his Polish counterpart — President Andrzej Duda.

The Russia-Ukraine conflict has sparked a “human rights crisis”, the White House said on Sunday.

According to the Polish Border Guard, more than two million out of 3.3 million refugees have entered Poland from Ukraine since February 24 — the start of the Russian invasion of the country.

Biden’s Poland trip would come a day after he meets with G7 Leaders, NATO Allies, and European Union leaders in Brussels to discuss international measures to support war-ravaged Ukraine.

The White House said Biden would host a call with President Emmanuel Macron of France at 11 am EST on Monday. Moreover, the US president would also speak to Prime Minister Mario Draghi of Italy, Chancellor Olaf Scholz of Germany, and Prime Minister Boris Johnson of the UK to discuss their responses to the Russian aggression.

The US president would also join a European Council summit to discuss Ukraine and transatlantic efforts to impose economic sanctions on Russia, provide humanitarian support to the affectees of the violence, and address other challenges pertaining to the conflict.

Earlier on Sunday, Jen Psaki said Biden was not planning to visit Kyiv during his European trip this week.

It is pertinent to state that more than 3.3 million people have fled from Ukraine since last month. It has become Europe’s fastest-growing refugee problem since World War II.

The UN said some of the two million people who entered Poland had moved to other countries, but “the majority are still in Poland”.