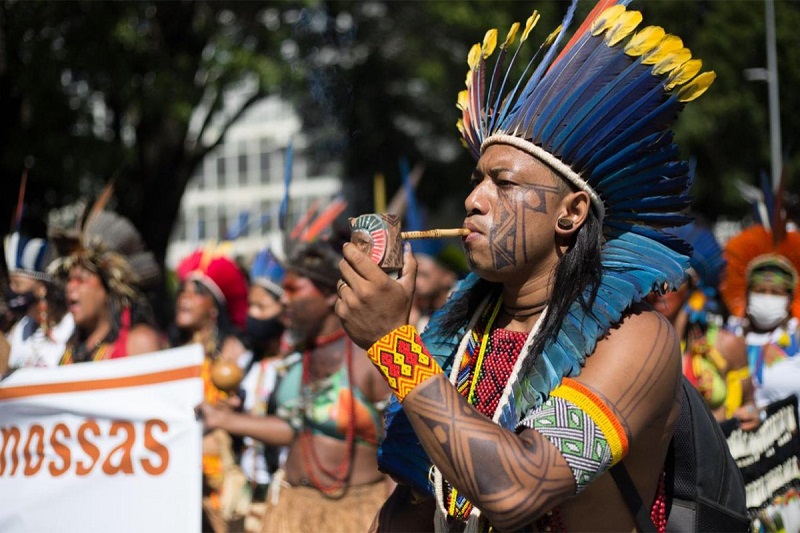 Brazil -Hundreds of indigenous people gathered in the Brazilian capital on Monday for a 10-day protest camp against the government bill. They began 10 days of protest to defend their land rights and oppose a bill that would allow mining and oil exploration on their reservations.

Organisers are hoping to gather 7,000 people from 200 of Brazil’s 305 tribes in this protest. The protestors want to demand Congress to not pass legislation proposed by President Jair Messias Bolsonaro. The bill sought to open protected lands to commercial mining and agriculture.

Protestors painted their bodies with the black and red dyes of Amazon fruit seeds. Reportedly, they put up tents on the grassy esplanade next to government ministries in central Brasilia to oppose the government bill. They also danced and chanted ritual songs.

President Jair Messias Bolsonaro reportedly said that indigenous people have too much land. He said not to recognise an inch more of reservation lands. He pushed for a law that would allow mining on Indigenous reservations. He said that he took this decision for the development of the country. He has long pushed for more mining and commercial farming in the Amazon to create jobs and reduce poverty. However, environmentalists said that the reservations save the rainforest from destruction.