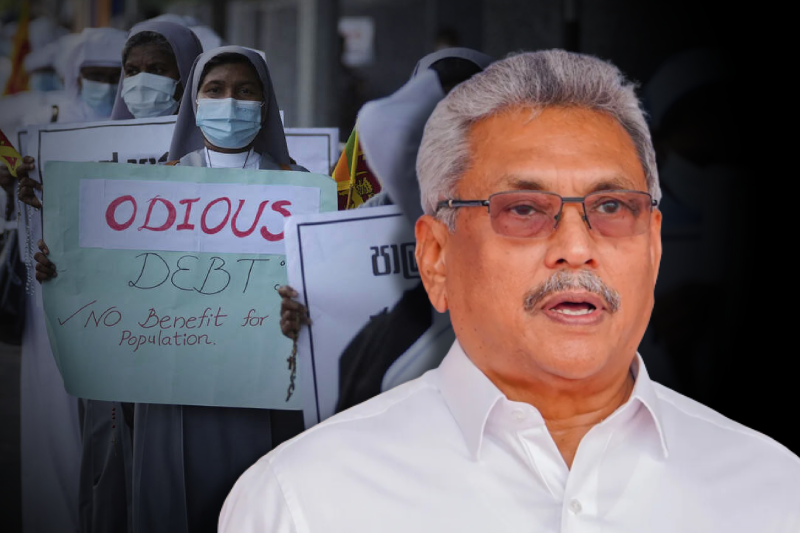 Days old state of emergency in Sri Lanka has been revoked by President Gotabaya Rajapaksa amid growing protests in the island Asian country demanding his resignation as country embattles its worst ever economic crisis. President Rajapaksa has clearly ignored calls by lawmakers in Sri Lanka that an interim government must replace the one led by him. The President has ignored stark warnings that a failure to do so might lead to exponential rise in the violence in country.

On Tuesday night, Rajapaksa issued a decision to revoke the state of emergency that was declared last week. The decree had given him sweeping authority to take decisions in the interest of public security and to preserve public law and order. This included the power to suspend any law, authorize detention and seize property.

Last week a state of emergency was declared in Sri Lanka by the President after protesters demonstrated in the capital city of Colombo near his home on March 31. Tear gas and water cannons were used by the Sri Lankan police to break down the protests with imposing a 36 hour long curfew after that. A nationwide state of emergency was declared by President Rajapaksa on April 1. But protests continued after that defying the curfew leading to thousands of demonstrators to be arrested by the police. Though the protests have remained peaceful largely, they haven’t died down.

The mass protests were initially against shortages of essentials in the country such as petrol, cooking gas, electricity and milk powder. For several months now, Sri Lankans have been enduring great difficulty to buy food, fuel and medicines as most of these essentials are imported. Plummeting currency and huge debt is making it a struggle for common man to make ends meet. The protests have now gradually grown across the island nation in Indian Ocean, demanding resignation of President Gotabaya Rajapaksa and his government.

How has the country’s cabinet reacted?

On April 3, the entire cabinet was dissolved due to mass resignations by country’s top ministers. During that weekend, around 26 cabinet ministers had resigned, including nephew of the president who was one of the prominent voices criticizing social media blackout under state of emergency. The political chaos prompted the President to reshuffle the cabinet on Monday, hoping to lure in the opposition. Four temporary ministers were appointed “until a full cabinet is appointed”. But under a single day, temporary finance minister resigned citing his realization that “fresh and proactive and unconventional steps need to be taken.” The ruling Sri Lanka People’s Front Coalition, also known as the Sri Lanka Podujana Peramuna, lost 41 seats by Tuesday after several pulled out. The coalition was thereby left with only 104 seats, losing its majority in parliament.

President Rajapaksa issued a statement on Monday urging all parties to “work together for the sake of all the citizens and future generations.”

“The current crisis is a result of several economic factors and global developments,” the statement read. “As one of the leading democratic countries in Asia, solutions should be found to this within a democratic framework.”