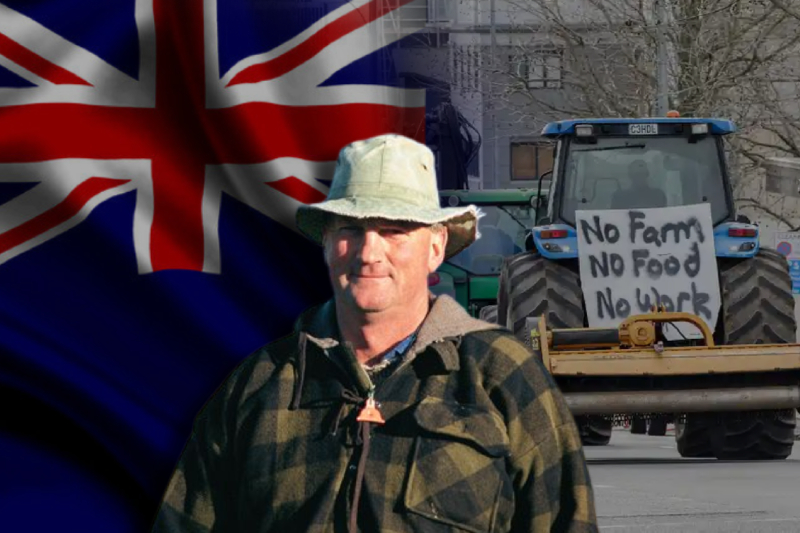 Thousands of farmers in New Zealand carried out protests across several parts of the country on Friday against sweeping environmental regulations introduced by the Labour Government. Under the banner “Howl of A Protest”, farmers drove their tractors and pickup trucks across multiple towns and cities, demanding the government to ease environmental regulations and climate changes measures. As the protesting farmers took to the city, tractors, trucks, and other farm vehicles flooded major roads in different regions and brought traffic across New Zealand to a standstill.

Besides the demand for easing environmental protections, they have also called on the Jacinda Ardern government to loosen COVID-19 lockdown measures and restrictions in order to allow the entry of more seasonal overseas workers amid ongoing labour shortages faced by major industries.

Responding to the protests, Prime Minister Jacinda Ardern stressed the government’s commitment to tackle climate change and environmental issues in the country.

“We cannot standstill, If we want to make sure that on the world stage our exports continue to fetch a high price and are high values, we have to make progress on the challenges New Zealand and the world is facing,” she said, as quoted by reports.

The government has also maintained that the regulations are necessary to tackle the degradation of freshwater resources and biodiversities in the country. Furthermore, New Zealand is working on achieving its goal to ensure net-zero carbon emissions by the year 2050.

New Zealand’s regional organisation Groundswell NZ which organised the nationwide protest noted that farmers across the country have been angry with the government’s interference in agricultural costing and private property rights.

“Farmers are not putting their heads in the sand and saying there isn’t a problem, they’re definitely working very hard to try and make things right. It’s hard to see why regulations [are] going to speed that process up,” Protest organiser and Gore farmer Bryce McKenzie told RNZ.

He noted that farmers are ensuring all possible efforts to protect the environment, adding that “unworkable regulations” are hampering their farming practices. The protests were joined by National MPs in a show of their objections against the Labour government’s Ute Tax.