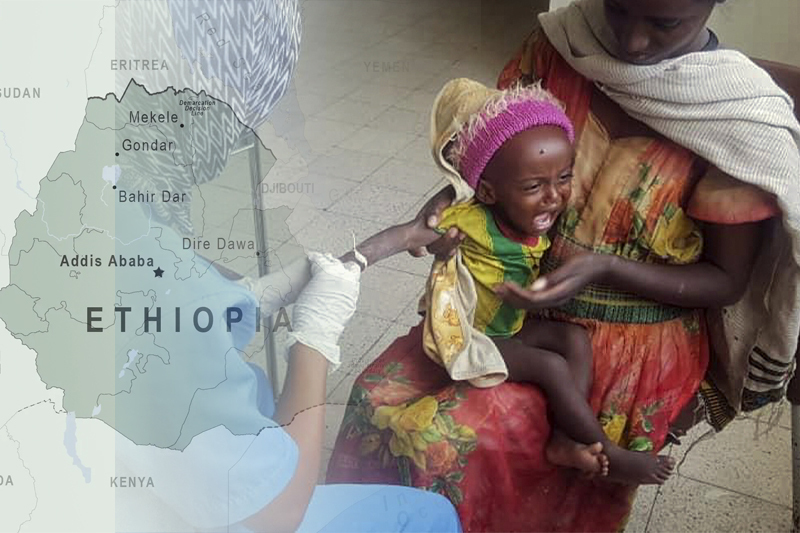 who warns as northern ethiopia records spike in preventable diseases

WHO warns as northern Ethiopia records spike in preventable diseases

The UN health agency WHO (World Health Organization) has on Friday expressed serious concerns over a considerable spike in a series of preventable diseases in northern Ethiopia regions – and in particular Tigray – which is triggered by about two years of conflict and chronic issues of aid access. “There are 5.2 million people in need of humanitarian assistance in Tigray; that number includes 3.8 million people who are in need of health assistance and we need to reach these people,” said Ilham Abdelhai Nour, World Health Organization Team Lead for Ethiopia, Incident Management System and Emergencies Operations.

“We have access in Amhara and Afar, so we know more about the situation there and we were able to intervene and support,” Ms. Nour said, referring to the regions bordering Tigray and their accessibility.

WHO has noted that malaria infections have increased by 80 per cent in Tigray and by 40 per cent in neighbouring region of Amhara when compared to last year. But malaria is just one of the many preventable health crises that are haunting the region grappling amid ongoing conflict between federal troops and separatists in Tigray that had erupted in November 2020. The people in Tigray region are left without access to basic health care facilities due to closure of all health centres. People are left untreated for trauma and injuries, food insecurity and malnutrition, sexual and gender-based violence, communicable diseases such as malaria and cholera, as well as reduced access to treatment for non-communicable diseases and maternal and child health services, as noted by UN News.

OCHA has warned  that newly displaced people in Tigray’s Zelazele were “in a dire situation with the vast majority sleeping in open areas directly exposed to cold weather and other protection risks”.

Citing data by UN World Food Programme (WFP), WHO has noted that in Amhara and Afar, 19 per cent and 14 per cent of mainly displaced children under five were now food insecure, while in Tigray 89 per cent of the population is facing food insecurity and about half are severely food insecure. “Almost one in every three children under five in Tigray is malnourished,” said Altaf Musani, Director of the Health Emergencies Interventions, speaking in Geneva. “Severe acute malnutrition among children in the region is six per cent, 65 per cent of children have not received nutritional support in over a year.”

“Immunisation services (are) a lifeline to children to keep them alive; those services have stopped,” Mr. Musani added. “We know that there are confirmed reports of stockouts, IV fluids, antibiotics other treatment medicines don’t exist in those facilities, we’ve had first-hand reports of that information.”