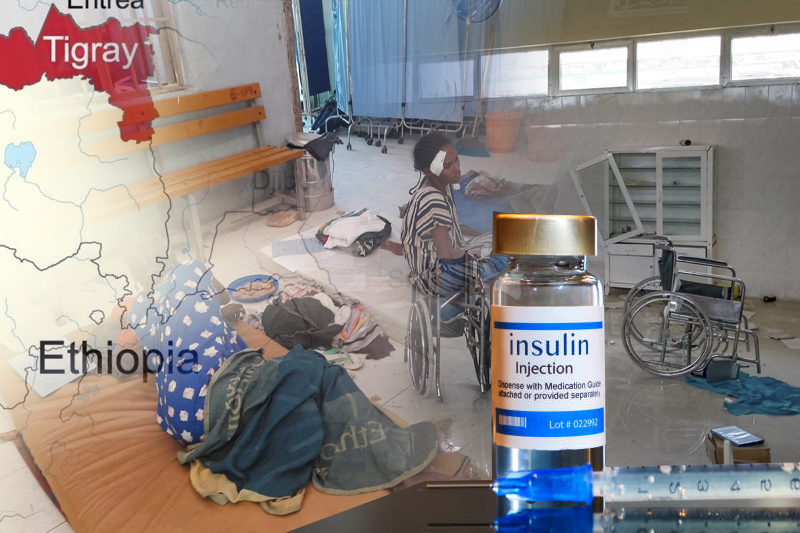 tigray fighting has cut off insulin supply to the region

Tigray fighting has cut off insulin supply to the region

Described as a “humanitarian crime” by the head of the International Diabetes Federation (IDF), medics at Ayder specialist referral hospital have warned of being run out of insulin, a life saving medicine with reports of being left with only one week’s supply of another similar medicine. Doctors at the biggest hospital in Ethiopia’s Tigray say they have just few days of insulin supply left, citing the reason to be the resumption of fighting between TPLF rebels and Ethiopian government troops that has once again cuts off supplies to the region.

Earlier this year, after cessation of hostilities between the Tigray People’s Liberation Front (TPLF) and federal troops as part of the conflict, delivery of emergency supplies into the northern region was permitted. With fighting once again erupting between both sides as they each blame the other for breaking the truce, humanitarian officials say they have not been able to receive fresh supplies of food and medicines into Tigray for now a month.

“What we had at the hospital we were distributing to the patients, but especially this week, patients are coming and we tell them we don’t have insulin medications,” said a senior doctor at the Tigray’s hospital. “They are coming from very far places. Transport is not easy … So, when they reach here and we tell them there is no insulin, they are heartbroken. They cry.” The doctor shared his concerns and fear that Ayder hospital would see similar consequences a last year when supplies into Tigray were halted for months together. “We will see patients dying and falling in the street,” he said.

Andrew Boulton, president of the IDF and professor of medicine at the University of Manchester has called on government of Abiy Ahmed in Addis Ababa to take urgent action for resuming essential supplies of insulin, other medicines and food to reach Tigray. “This is really a sort of humanitarian crime,” he said. “Even at times of war, there are agreements that essential medications should get through to the population. And this appears not to be occurring at the moment, in the best evidence that I have.”