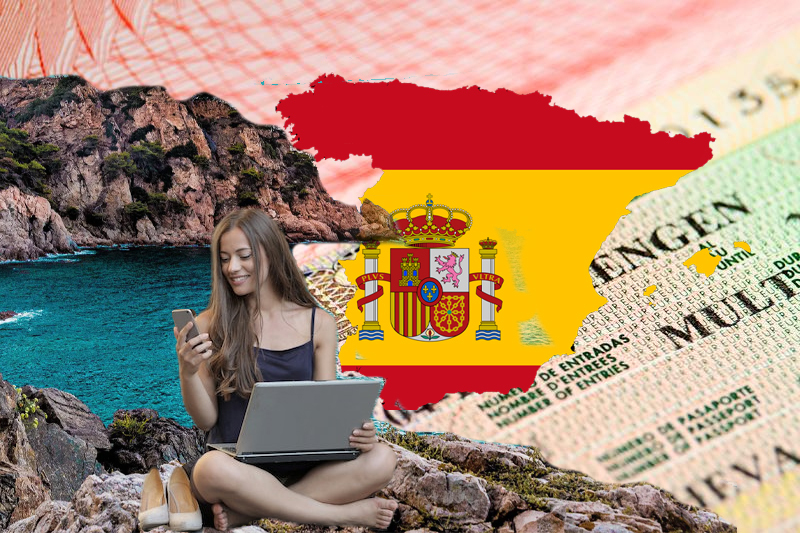 Spain is planning to make up the most of current remote working model as it is issuing “digital nomad” visa scheme that would provide British and other non-EU citizens a chance to work and live at a low cost while enjoying a new country. The new visa scheme is available to people who work remotely for enterprises outside Spain and who derive a maximum of 20 per cent of their income from Spanish firms.

The details regarding this visa scheme are still under planning but it is expected that this scheme would be essentially a residency permit with initial validity of one year and then renewable for up to period of five years, depending on individual case. Furthermore, spouse, children and close relatives of the applicant would be permitted to join under the new visa scheme. “Applicants must be from outside the European Economic Area and be able to demonstrate that they have been working remotely for at least a year. They must have a contract of employment or, if freelance, show that they have been regularly employed by a company outside Spain,” as noted by The Guardian.

As of the taxation model, for the first four years the people under digital nomad visa scheme will be taxed at 15 per cent rate, instead of being at standard 25 per cent base rate.

If this scheme is passed, Spain will join the group of 15 other European nations that offer any other similar version of digital nomad visa scheme. “In Croatia, for example, applicants must be earning at least €2,300 a month, in Estonia €3,500, in Iceland €7,100 and in Portugal only €700. It’s thought that Spain will set a minimum monthly income of about €2,000.” The Guardian mentions that “Madrid, Valencia and Barcelona are already popular among the EU’s digital nomads, with the latter proving a favoured destination for startups as the city aspires to become a technology hub and less dependent on tourism”.