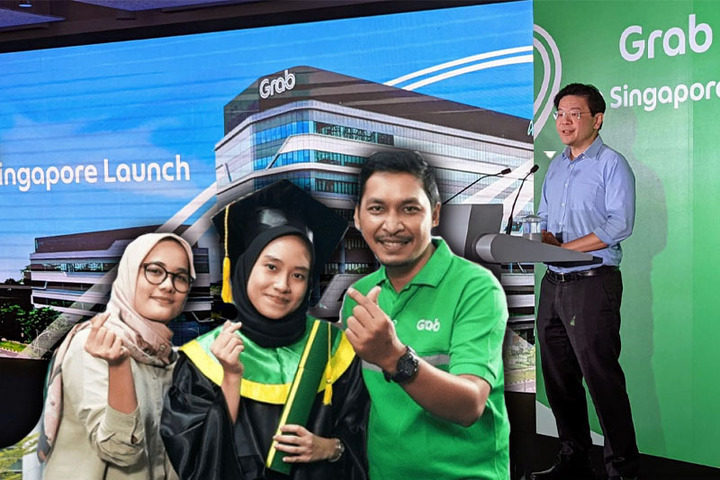 The software giant Grab made the announcement on Thursday (August 11) at the official inauguration of its headquarters in Singapore that it has started its GrabScholar program. This program will give scholarships and bursaries with a total value of one million dollars United States dollars per year.

The GrabScholar program is one of the efforts supported by the GrabForGood Fund, which provides financial assistance to initiatives with the goal of bettering the lives of Grab’s drivers, delivery riders, and merchants, in addition to other communities located around South-east Asia.

It is anticipated that the program will bestow more than 2,000 educational bursaries and scholarships to deserving students each year throughout all of the Southeast Asian nations in which Grab conducts business.

Grab stated in a news release that this will cover the costs of tuition and other study-related fees for children from disadvantaged backgrounds who choose to attend primary, secondary, or vocational institutions, as well as universities.

“Students enrolled in postsecondary institutions will have the opportunity to participate in internships, which will help them hone their professional skills and get them ready for full-time positions once they graduate.”

Grab stated that the region-wide program is an increased attempt to serve the larger communities across Southeast Asia following the introduction of GrabScholar in Indonesia the previous month. GrabScholar is an initiative that is run by Grab.

The GrabScholar program is an addition to the existing scholarship and bursary opportunities that are provided to the children of Grab’s driver-, delivery-, and merchant-partners in Singapore and Thailand, said Grab. These opportunities are currently available in both countries.

During the grand opening of Grab’s new headquarters in the one-north business park, the company also announced the launch of a new program called GrabMerchant Centre, which is aimed at assisting local companies in becoming successful online.

“Over the course of the previous two years, Grab has been assisting local companies in going online. These SMEs (small and medium-size enterprises) have also stabilized their delivery business’ operations and are now ready to scale,” said Grab in its news release. This comes as Southeast Asia moves through the worst of COVID-19 lockdowns and moves towards recovery.

When it is finally up and running, the GrabMerchant Centre will be housed within the headquarters of Grab Singapore. According to Grab, it will provide one-on-one business consultation services for their SME merchant-partners. These services will assist these partners in optimizing their online presence, making the most of Grab’s services for their businesses, and making use of digital tools to grow their businesses.

Merchant partners can tap Grab’s network throughout Southeast Asia and have access to data insights by engaging in one-on-one business consultations with account managers at Grab, according to the statement.

According to Grab’s announcement, “Account managers will conduct specialized consultants to advise on long-term growth plans and deliver actionable business insights to assist merchant-partners in growing to the next level.”

Early on in this year, a test run of one-on-one business consultations was conducted.

Grab also offers its merchant partners the opportunity to subscribe to a “merchant concierge service,” through which they will receive direct assistance in resolving operational issues. This will allow the merchant partners’ delivery businesses to run more efficiently and experience less downtime.

The GrabMerchant Centre will also routinely provide upskilling courses for the purpose of assisting merchant-partners in remaining current with the latest trends and advances in their respective industries.

About three thousand people work in Grab Singapore’s headquarters, which also serves as a research and development center. Additionally, the digibank staff will call this place home.

The corporation actually has two different headquarters in the area, and this particular one is one of them. According to the company, the other one is located in Jakarta, Indonesia, and it acts as a regional innovation hub for Grab catering to small enterprises.

“The story of Grab’s journey over the past ten years has been an enlightening one for all of us, but in particular for Singaporeans, it is a tale that is very familiar to us.” As Deputy Prime Minister Lawrence Wong explained at the opening, “because it is a story about the underdog, succeeding against all circumstances and making the impossible possible.”

“Grab has its beginnings in the same sort of lowly manner as Singapore. You had to start from almost nothing and convince drivers and riders to use a brand new platform that no one had ever heard of. You had to grow from absolutely nothing.”

Mr. Wong noted that in certain nations, “saying ‘taking a Grab’ (has) become synonymous with saying you are calling for a cab,” which is another evidence of how far Grab has progressed since it was first introduced.

Mr. Wong emphasized that in order to adequately plan for the future, it is necessary to “pursue inclusive growth,” an economic model in which the contributions of each individual citizen and worker are valued equally.
“What this means for our technology industry is that the government will continue to engage and work closely with industry players like Grab to create our technology ecosystem. This will be accomplished by expanding our talent pool, honing our abilities, and encouraging innovative thinking. It also means that we create possibilities for each and every citizen to fully engage in the economy of the digital age,” as he stated.