Home » How Governments around the world are responding to Corona emergency?
By    Staff Writer      March 26, 2020 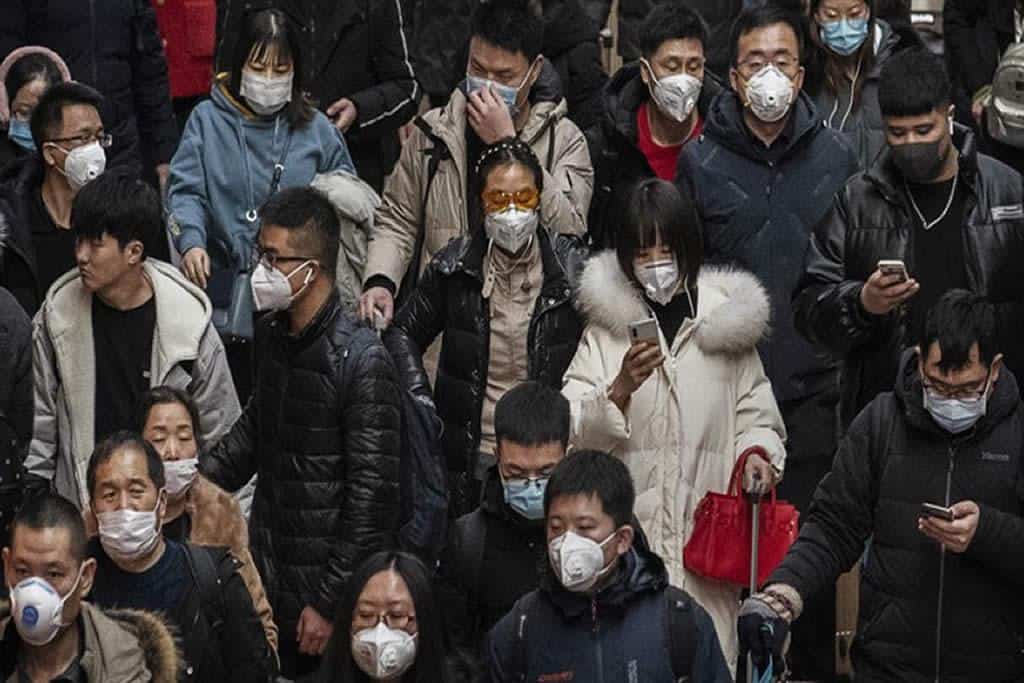 How Governments around the world are responding to Corona emergency?

The spread of the Coronavirus epidemic (COVID-19) is alarming, as are the measures taken by nations to stop it. States around the world have implemented a wide range of policies in an attempt to safeguard public health and safety, as well as to stem the economic effects of the outbreak. We have collected the data of the main governments, starting from China – the first epicentre of the epidemic – to the most affected countries, from the United States to Africa. It must be said that reactions of the governments adapt according to the “curve” of the contagions. The measures taken by Beijing have been fundamental in reducing the number of new cases. Today China has significantly fewer occupied beds than a two weeks ago. In parallel with the drop in new cases, new antiviral therapies have been adopted, also through the convalescent plasma which now exceed the number of new infections according to the World Health Organization (WHO).

As reported by the WHO-China Joint Mission on Coronavirus Disease 2019, a Central Leadership Group for Epidemic Response and the Joint Prevention and Control Mechanism of the State Council were established in China. The prevention and control measures have been implemented rapidly, from the early stages in Wuhan and other key areas of Hubei, to the current overall national epidemic. It has been undertaken protocols for COVID-19 diagnosis and 15 treatment, surveillance, epidemiological investigation, management of close contacts, and laboratory testing were formulated, and relevant surveillance activities and epidemiological investigations conducted. The response mechanism was initiated with multi-sectoral involvement in joint prevention and control measures. Wet markets were closed, and efforts were made to identify the zoonotic source. Measures were also taken to ensure that all cases were treated, and close contacts were isolated and put under medical observation. Other measures implemented included the extension of the Spring Festival holiday, traffic controls, and the control of transportation capacity to reduce the movement of people; mass gathering activities were also cancelled. Information about the epidemic and prevention and control measures was regularly released. Public risk communications and health education were strengthened; allocation of medical supplies was coordinated, new hospitals were built in 10 days, reserve beds were used and relevant premises were repurposed to ensure that all cases could be treated; efforts were made to maintain a stable supply of commodities and their prices to ensure the smooth operation of society.

Italy has found itself managing something completely new, the most difficult crisis since the Second World War. Despite the Chinese experience, the Italian government’s response has been uncertain as to what to do. Giuseppe Conte first closed certain businesses, then reopened them fearing for the national economy. Politicians first appeared on TV saying that the virus was a normal flu, only to later suggest citizens to stay home when the number of infections and deaths rose to alarming levels. In the latest decree, President Conte introduced heavy fines, from 400 to 3000 euros, for those who violate the anti-contagion rules. And the possibility for individual Regions to take harsher measures than national ones if the contagion increases, but in coordination with the government. Not only. Those in quarantine are punished with imprisonment for one to five years because they are positive for Coronavirus and intentionally leaves the house violating the absolute ban on leaving their home. According to Palazzo Chigi, the new decree which tightens sanctions for anti-Coronavirus measures provides for this. The measures so far adopted by Rome include the limitation of the movement of people, also the possibility of moving away domicile or residence, or entering or leaving the national territory except for individual movements, limited in time and space and motivated by work needs, situations of need or urgency, for health reasons or other specific reasons. Quarantine for those who have had close contacts with the infected – absolute ban on leaving the house for the positive, limits or stops at meetings or gatherings in public places; no cultural, recreational, sporting and religious events. In Italy from the beginning of the emergency there have been massive TV information campaigns to educate the public on basic preventative measures like stay home, washing hands, staying away from crowds, maintaining a social distance of 1 meter and not touching your face. With the spread of Coronavirus, French president Emmanuel Macron followed the “Italian” model.

According to ‘Politico’, in the United States many states have limited the operations of dining establishments to prevent the spread of the disease among crowds, requiring bars and restaurants to either shift to takeout-only operations or close down entirely. California, Illinois, Indiana, Michigan, Ohio, Washington, West Virginia and Wisconsin have initiated the most comprehensive policies. They’ve closed all bars and restaurants except for takeout and delivery, banned all gatherings, ordered mandatory state-wide quarantine, closed all nonessential businesses, and closed all schools. California and Washington have also enacted paid sick leave for workers. The American newspaper stress that though the development of a coronavirus vaccine is likely more than a year away, many states have already enacted policies dictating that the vaccine be provided to all residents for free. Lawmakers pushing for this argue the high cost of vaccinating the population for free pales in comparison to the cost of failing to do so and having the virus resurge in the future. Many states have also banned large gatherings to slow the spread of the virus, but there is wide variation on what constitutes a “large gathering.” As the crisis has worsened over the past few weeks, states have brought down the size of allowed gatherings from 1,000 to 250 to 50 to just 10.

So far, Russia has managed to contain the coronavirus, but the country is unable to completely block the threat. Vladimir Putin said this when speaking to the nation today, stressing that it is now imperative to respect the indications of the authorities. To contain the epidemic, Putin announced that “one week stop” will be introduced to “non-essential” activities, from March 28 to April 5. “Stay home,” Putin said on television. In Asia, the spotlight remains on South Korea, which has the largest number of patients outside mainland China. More than half of its 5,612 cases are linked to a branch of the Shincheonji religious group in the country’s south. The government has proposed an extra budget of about $9.8 billion in response and recovery, which will be submitted for approval on Thursday. South Korean authorities have aggressively rolled out testing across the country, even setting up drive-through testing stations where people can get tested in minutes, all without leaving their cars. They have also employed creative technologies in this “war,” like a GPS system that sets off an alarm when patients violate quarantine at home. Millions are still working from home across Asia, with both government departments and private companies implementing flexible or remote working arrangements for better social distancing. Events and public gatherings have been cancelled for the same reason — in Japan, the Rugby Sevens invitational tournament was cancelled over coronavirus fears and Olympic Game 2020 have been postponed to 2021 before summer. According to CNN’ reporters, governments in these places have also had to address unexpected issues like panic buying, which saw toilet rolls and face masks sell out across supermarkets in Hong Kong. The same issue is now being seen in Australia, which announced additional cases this week after nearly a month of no new cases — images from cities like Sydney and Brisbane show empty grocery store aisles and crowds jostling for products. In response, governments have urged people not to panic buy, and said that there was no threat to supply. Supermarkets have also imposed limits on how much shoppers can buy of items like toilet roll.

Libya announced yesterday its first positive Covid-19 case, but so far, the conflict still ongoing. Civil organizations and NGOs conducted several campaigns to promote awareness about the virus and sterilization of public places. The Tripoli based government of national accord (GNA) imposed a curfew from 18,00 to 6,00 am, while authorities in the east have previously announced a total curfew with shops open just two hours, then as people were overcrowding the markets, they reduced the time of curfew from 15,00 to 6,00 of morning. UN secretary general, Antonio Guterres, called for a world ceasefire to globally respond to coronavirus emergency. Tunisia also disposed 24h curfew and deployed the army to guarantee the respect of the decision. All shops, restaurant, cafes and mosques remain closed, only excepted groceries and pharmacies. Also India announced yesterday to lockdown with similar measures.

Iran is at the heart of the Middle East outbreak. Bahrain accused the Islamic Republic of “biological aggression” by covering up the spread of the coronavirus and failing to stamp Bahraini travellers’ passports. Gulf Arab states took new steps to contain the virus, with Saudi Arabia’s highest religious authority saying anyone diagnosed with coronavirus was forbidden from attending Friday prayers. Many of the recorded infections throughout the Gulf region are linked to travel to Iran, which hosts several important shrines and pilgrimage sites for Shi’ite Muslims. Iranian Foreign Ministry spokesman Abbas Mousavi has denied that not stamping passports has anything to do with coronavirus and called on Riyadh to avoid politicizing the epidemic. No Gulf Arab state has reported a coronavirus death. The United Arab Emirates (UAE) decided to completely suspend passenger flights for two weeks. Also, the state has stopped issuing visas. The UAE has shown significant effectiveness in taking preventive measures to limit the spread of coronavirus. Since the virus spread itself, the state has been actively implementing stringent procedures at its borders, using thermal scanners, and has also trained qualified medical teams that are available around the clock for residents of the state. The Government supported the epidemiological investigation system, providing strategic reserves of essential medical supplies for the early detection of the virus, quarantine and medical isolation campaigns, and building fully equipped isolation rooms. The authorities also suspended the distribution of paper publications and encouraged e-learning and smart working.

[…] How Governments around the world are responding to Coronavirus emergency? […]

[…] How Governments around the world are responding to Coronavirus emergency? […]

Coronavirus, Armani converts its production in Italy in disposable gowns - The World Reviews

[…] into disposable gowns for the individual protection of health workers engaged in dealing with Coronavirus in the Italian hospitals and clinics. In recent weeks, following the initial donation of one […]

[…] Prince of Wales has tested positive for Coronavirus. He has been displaying mild symptoms but otherwise remains in good health and has been working […]

[…] few months ago, has dived back into the whirlwind of economic downturn triggered by a steep rise in COVID-19 cases. As of Wednesday morning, the number of corona positive patients in the continent exceeded […]

NEXT
wpDiscuz
5
0
Would love your thoughts, please comment.x
()
x
| Reply