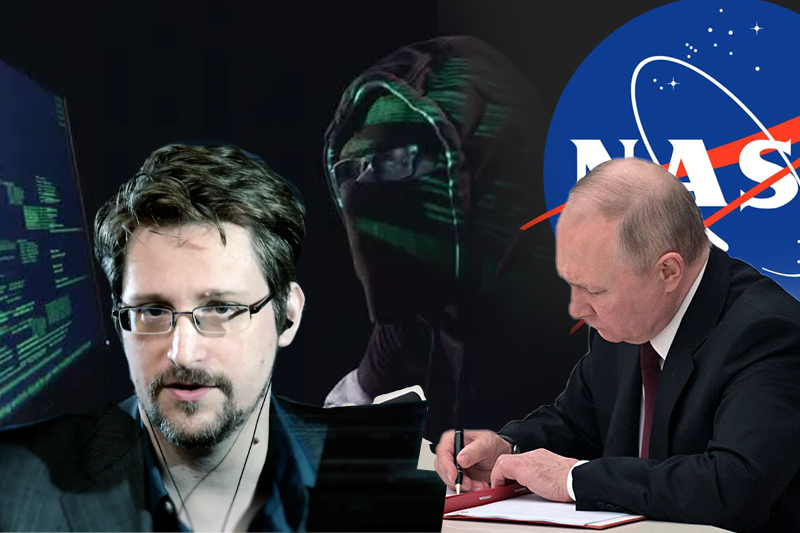 On Monday, Russian President Vladimir Putin granted Russian citizenship to former NSA contractor and US whistleblower Edward Snowden who leaked classified documents of American government, according to an official presidential decree that was published on Russian government portal.

Mr. Snowden, a former contractor with the NSA (National Security Agency), has now been living in Russia for almost a decade in order to escape prosecution in the United States after he leaked highly classified documents on American government’s surveillance programmes.

“After two years of waiting and nearly 10 years of exile, a little stability will make a difference for my family,” Snowden said on his official Twitter account. Russia had granted Snowden with permanent residency in 2020. At that time Snowden had shared his intentions of applying for Russian citizenship without renouncing his US citizenship.

After years of separation from our parents, my wife and I have no desire to be separated from our SONS.

After two years of waiting and nearly ten years of exile, a little stability will make a difference for my family. I pray for privacy for them—and for us all. https://t.co/24NUK21TAo pic.twitter.com/qLfp47uzZ4

The 39 year old whistleblower has been living in exile in Moscow after he initially travelled to Hong Kong following his public disclosure of US classified information in 2013. Shortly after Snowden had fled to Russia in 2013, the US DOJ (Department of Justice) unsealed charges against him with “two violations of the Espionage Act and one count of stealing government property”. In United States, Snowden is facing up to 30 years in prison. In November 2020, Snowden and his wife Lindsay Mills had applied for Russian citizenship after he was already granted permanent residency in Russia.

Snowden’s lawyer Anatoly Kucherena, told the Russian state news agency RIA Novosti that Snowden’s wife, who is an American citizen and has been living with him in Russia, will also be applying for a Russian passport.

On Putin granting citizenship to Edward Snowden, @JohnBrennan: “I'm sure he has shared with the Russians probably all that he already knows about US intelligence.” #AMRstaff

Snowden is a former CIA systems administrator who had later worked for the private intelligence contractor Dell, first in an NSA outpost in Japan and then in an NSA station in Hawaii. In early 2013, Snowden started working for the contractor Booz Allen Hamilton in the same NSA station in Hawaii. This was when he started downloading classified documents related to US intelligence.