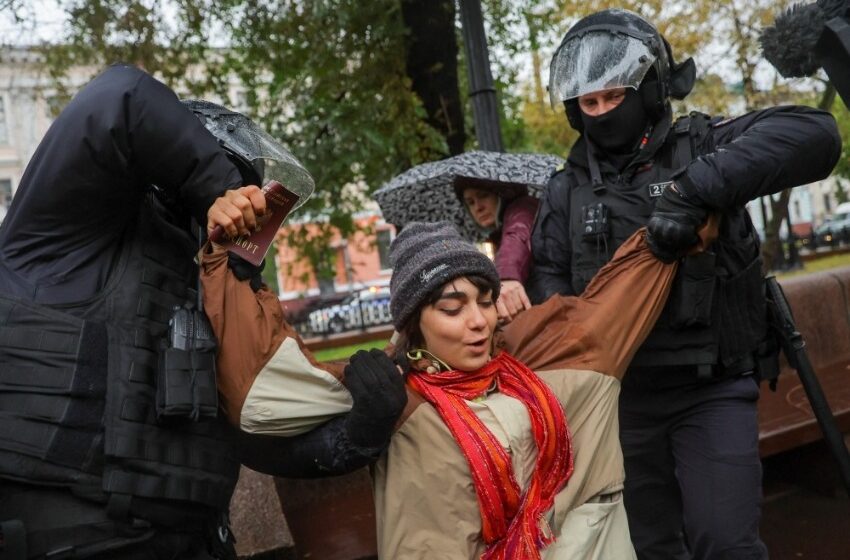 putin's allies are concerned over the excesses

Putin’s allies are concerned over the excesses

On September 25, 2018, Russia’s two most senior parliamentarians addressed a litany of concerns about Russia’s mobilization effort. They ordered regional officials to gain control of the issue and immediately rectify the “excesses” that have inflamed public resentment.

The decision by Russian President Vladimir Putin to order the country’s first military mobilization since World War II has resulted in widespread demonstrations across the country and the flight of large numbers of men of military age, which has caused traffic jams at the country’s borders and sold-out flights.

Multiple reports have also documented how people who have never served in the military have been issued draft papers. This is in direct contradiction to the guarantee made by Defense Minister Sergei Shoigu that only those with special military skills or combat experience would be called up. This has prompted even the most ultra-loyal and pro-Kremlin figures to publicly express their concern.

The top two MPs in Russia, both of whom are strong allies of Putin, directly addressed the public’s dissatisfaction at the manner in which the mobilization effort was taking place.

The chairwoman of Russia’s upper house, the Federation Council, Valentina Matviyenko, stated that she was aware of reports that males who should not be eligible for the draft were being called up.

“Such excesses are completely inappropriate.” She claimed this in a post on the Telegram chat app. “And, I think it entirely right that they are sparking a sharp reaction in society,” she said.

In a second post, Vyacheslav Volodin, the speaker of the State Duma, which is Russia’s lower parliament, also expressed his concern over the situation.

He stated that complaints were being received at that time.

“It is vital to make adjustments in the event that a mistake is made… Every level of authority should be aware of the duties that come with their position.”

According to official estimates, the mobilization effort will require the participation of an additional 300,000 Russian citizens. Following the publication of two different allegations in independent Russian media sites, the Kremlin has issued two separate denials that it genuinely intends to draft more than one million people.

According to rights groups, more than 2,000 people have been jailed at rallies against mobilization in dozens of towns so far this week. More protests have already been registered on Sunday in Russia’s Far East and Siberia, so it is likely that this number will continue to rise.