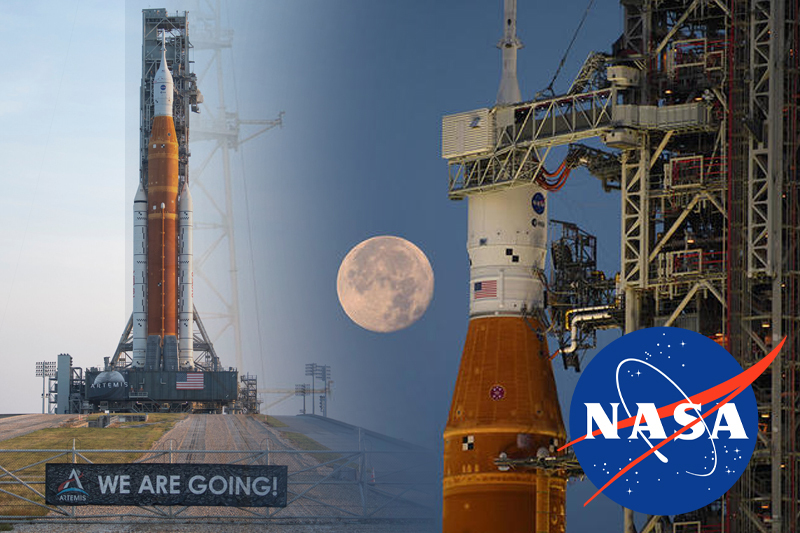 artemis nasa ready to launch first rocket to moon since 1972

Artemis: NASA ready to launch first rocket to moon since 1972

NASA is launching, for the first time in 50 years, first rocket that will ferry humans to and from the moon. The launch is scheduled for Monday despite series of lightning struck the launch pad. The giant Space Launch System (SLS) rocket is scheduled to launch from NASA’s Cape Canaveral complex in Florida at 8.33am ET over an unmanned Orion spacecraft that is designed to be able to carry up to six astronauts to the moon and beyond.

The 1.3 million miles Artemis I test mission, lined up to last 42 days, is “aiming to take the Orion vehicle 40,000 miles past the far side of the moon”. The launch is from the same facility that had staged the Apollo lunar missions of United States half a century ago in 1972. “Private American space companies such as Jeff Bezos’s Blue Origin and Elon Musk’s SpaceX have since flown missions similar to the shuttle program. But Artemis I’s job is to begin informing Nasa whether the moon can act as a springboard to eventually send astronauts to Mars, which would truly bring the stuff of science fiction to life,” The Guardian noted.

Our L-2 Mission Management Team meeting is over, and we are on track for an Aug 29 launch. The mission management team will continue to meet throughout the countdown to discuss all our elements as an integrated system, ensuring across the board we are ready to fly #Artemis I. pic.twitter.com/4iFt1eFYbc

“All is well as we press towards launch on August 29. Nasa’s Kennedy Space Centre is buzzing as the team prepares for the countdown, recognizing Artemis I is a flight test and not without risk,” said Jim Free, associate administrator for exploration systems development at NASA. “Team has analysed the risk and mitigated as best they can as we prepare to send Orion spacecraft to the Moon.”