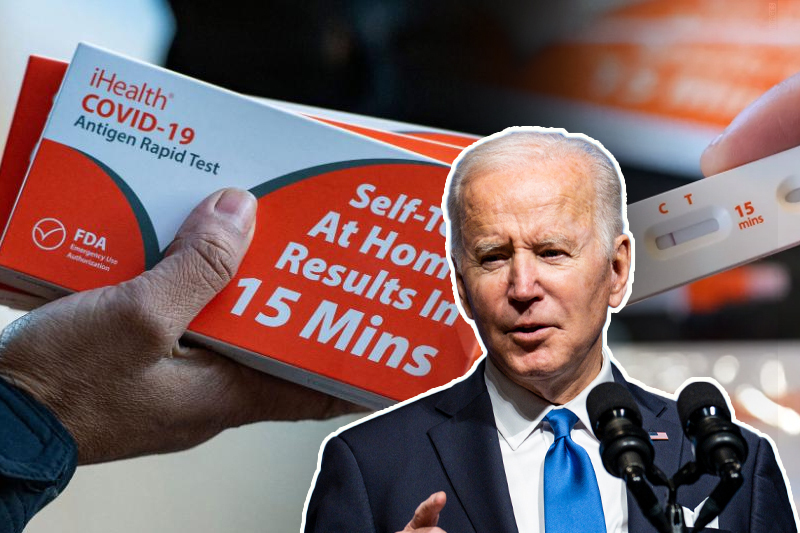 The United States government has decided to pull the plug on its free at home Covid-19 test program this week. The decision has been taken due to lack of Congressional funding and this move is an effort to preserve supply of testing kits ahead of an anticipated surge in Covid-19 cases in upcoming fall season. The same was confirmed on Sunday by a White House official to CNN.

White House as well as the website where people can claim their free at home tests, have blamed Congress for failing to extend additional funding for the free Covid testing program, which provided up to 16 free tests per family since its launch during the beginning of the year. “Ordering through this program will be suspended on Friday, September 2 because Congress hasn’t provided additional funding to replenish the nation’s stockpile of tests,” the Covid.gov website reads.

The testing program was launched in January by Biden administration that included shipping of rapid testing kits to the households through the United States Postal Service. This was with aim to tackle the wave of Omicron variant cases and limited availability of testing kits across the country. But over months now the lack of additional funding has led to hiccups in program’s operations, forcing its retraction. “We have warned that Congressional inaction would force unacceptable tradeoffs and harm our overall COVID-19 preparedness and response—and that the consequences would likely worsen over time,” the White House official told CNN. “Unfortunately, because of the limited funding we have to work with, we have had to make impossible choices about which tools and programs to invest in—and which ones we must downsize, pause, or end all together.”

The official added that Biden administration would “expeditiously resume distribution of free tests through COVIDTests.gov if and when Congress allocates additional funding, but [u]ntil then, we believe reserving the remaining tests for distribution later this year is the best course.”