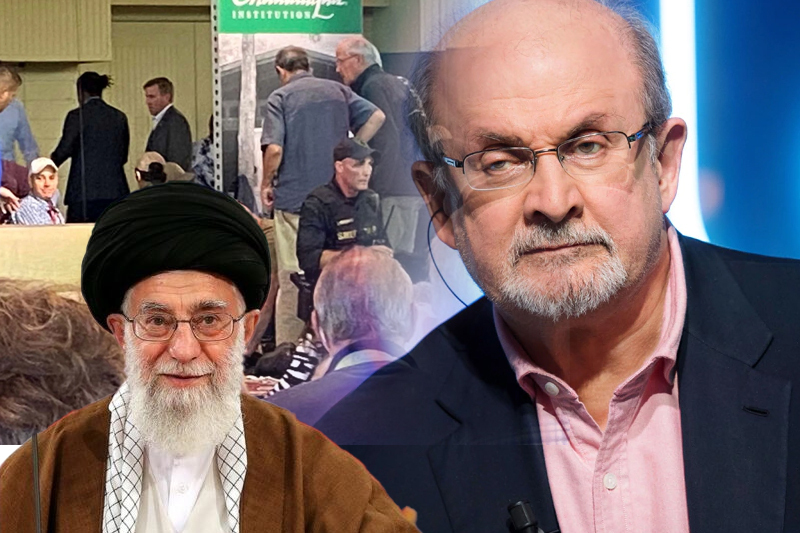 Can a nuclear deal tame Iran, despite all efforts by US?

Can a nuclear deal tame Iran, despite all efforts by US?

World famous author Salman Rushdie was brutally attacked in New York during an event. While the world leaders condemned the act of terrorism, Iran’s 83 year old supreme leader Ali Khamenei gleefully crowed over the attack, as expected by the ayatollah leader who has been poisoning Iran’s politics and people ever since he took power in 1989. Kayhan newspaper, Khamenei’s mouthpiece, celebrated Rushdie’s attacker, saying “his hands should be showered with kisses”. A jubilant newspaper headline said: “Devil’s neck under the sword”.

Iran has denied any part in attack on Rushdie but hasn’t shied away from lauding the attack. Such gloating from Khamenei sheds light on the kind of leadership Iran has. As United States and Europe try to revive the nuclear deal, a big question is can Tehran be trusted and can any deal tame the country’s aggressive nuclear program.

It is no secret that Khamenei is profoundly anti-western and anti-American, having questionable religious credentials and vivid ignorance of the world. Iran, under Khamenei’s leadership, has grown to be a secluded nation that has put the entire country and region under danger. Political dissidents, women activists, ethnic minorities and anyone that tries to go against the regime is mercilessly persecuted. Furthermore, Iran backed militant groups have created a wave of terrorism and fear across the Middle East nations. “Iran’s economy, plagued by endemic corruption and sanctions, is in a shocking state. While oil and gas export earnings have risen, officials, clergy and other groups linked to the regime, such as the Revolutionary Guards and Basij militia, are the main beneficiaries. It’s a mullah’s version of trickle-down economics, without the trickle,” notes Simon Tisdall of The Guardian.

“The policies that … Khamenei has championed for three decades have pushed Iran to the brink of total economic and ecological collapse and, despite staging brutal crackdowns, the country is wallowing in social unrest … By celebrating the assault on Rushdie, the clerical establishment seems to be saving face at home,” commentator Sayeh Isfahani wrote.

Talking about the nuclear deal that Washington is eager to revive, Biden administration must be cautious of Tehran’s real intentions. Despite entering into JCPOA (Joint Comprehensive Plan of Action) under Obama presidency, the nuclear deal that required Iran to curb its nuclear program in exchange for waived sanctions, Tehran chose to not stand by the deal’s terms. This led to Trump administration exit the deal in 2018, giving a free pass to Tehran, sending panic waves across nations. This is just another validation that US must tread carefully while dealing with Iranian regime.