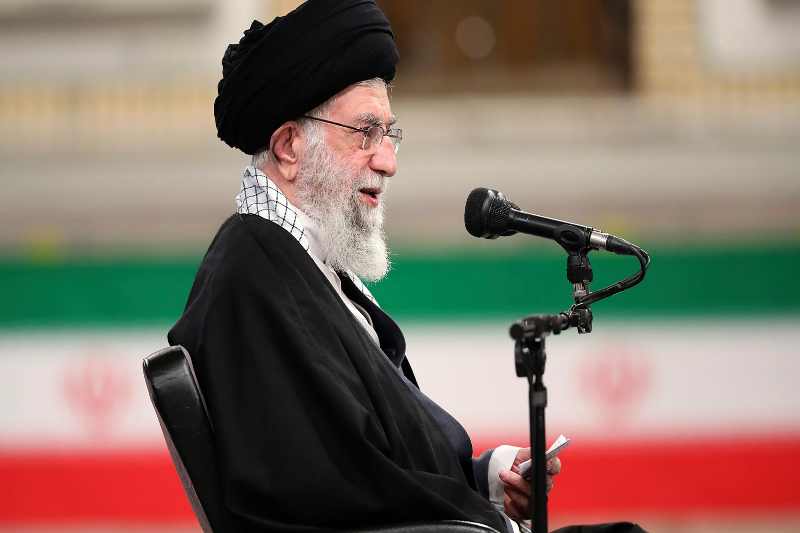 Tehran and Washington are not changing their ground on the 2015 nuclear deal.  US President Joe Biden has drawn a firm line that the US won’t lift sanctions until Iran complies with the nuclear deal. Iran’s supreme leader Ayatollah Ali Khamenei has said that Tehran would return to deal’s terms only when Washington lift all the economic sanctions imposed.

The 2015 nuclear deal that was formulated under former US President Barack Obama, known as JCPOA (Joint Comprehensive Plan of Action), had limited Iran’s nuclear program. With compliance from Iran, the sanctions imposed would be eased in return. Former US President Donald Trump withdrew from the deal in 2018 and slapped sanctions on Iran leading it to sway off from multiple deal commitments and bolstering its nuclear program.

Tehran has increased its uranium enrichment and stockpiled the reserve but has maintained that its nuclear program is entirely peaceful. It is to be noted that enriched uranium is used for making reactor fuel and also nuclear bombs. Trump withdrew US from the JCPOA deal that was agreed between Iran, US, China, France, Germany, Russia, and UK. Under the deal, Tehran had agreed to limit its uranium enrichment program and also allow international inspectors to access all nuclear sites. But US exit reversed all the dealings.

Mr. Trump had plans to place Tehran under indefinite nuclear program curbs and halt its ballistic missile development program. But Iran didn’t tread away from its path. July 2019 saw a massive breach of deal with Iran exceeding the 3.67% cap on uranium enrichment. January 2021 it announced resuming uranium enrichment of 20% purity.

During Sunday’s interview, President Biden was asked if he would lift all economic sanctions on Iran to bring it back on the table for resuming nuclear deal negotiations. The answer was clear ‘No’. Ali Khamenei responded that the US must first “abolish all sanctions” for Iran to return to the 2015 nuclear deal. He said, “We will assess, and if we see that they have acted faithfully in this regard, we will return to our commitment. It is the irreversible and final decision and all Iranian officials have consensus over it.”