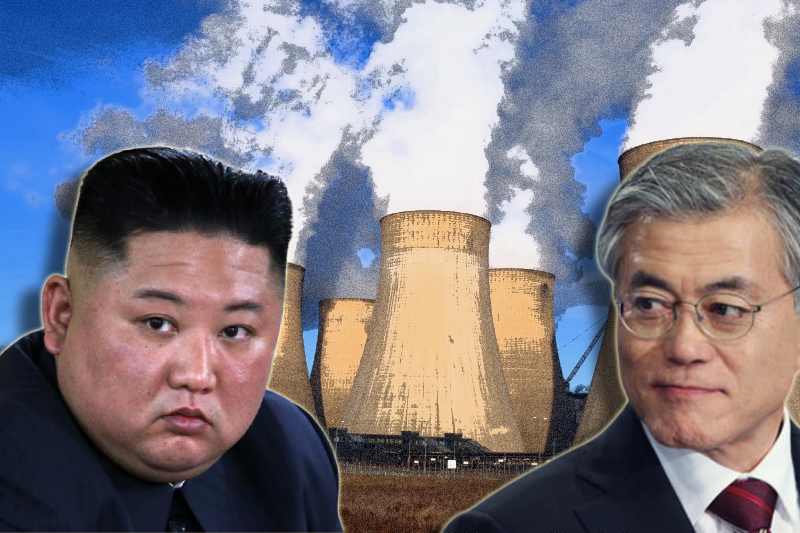 Almost a week after South Korea urged US President Joe Biden to revive nuclear program talks with North Korea, Seoul’s local media disclosed that the ruling Democratic Party of Korea has been working on a plan to unite ties with country’s Northern rival over building a nuclear power plant. It was in late January that government documents, regarding the plan to aid North Korea in its nuclear power plant development, got leaked.

According to the Seoul Broadcasting System, the groundwork and documentation were laid out during 2018 summits between South Korean President Moon Jae-in and North Korean leader Kim Jong Un, which set a tone of reconciliation between the two nations, who otherwise had been at conflicting frontiers.

The revelation shook the political corridors of South Korea, with opposition severely condemning Moon’s move for committing a “shocking act benefiting the enemy.” Ridiculing Moon’s decision in 2017, to remove plans of nuclear power generation in South Korea, including scrapping new construction projects and banning extension running of aging reactors.  Seoul’s conservative opposition People Power Party issued a statement saying, “The Moon administration, while closing nuclear power plants in South Korea, sought to build a plant in North Korea in absolute secrecy.” The party leader’s Kim Chong-in said that the move was “nothing but a shocking act benefiting the enemy and could shake the administration’s fate.”

In response to the allegations, the ruling government slammed the opposition leaders’ accusations as “intolerable.” On February 1, Moon urged the opposition group to “stop inflaming confrontation through holdover-like politics that should be abandoned.” Lee Naik-Yeon, head of the Democratic Party, also touched upon the issue in his speech to the National Assembly the following day. “I was prime minister in 2018 and there was no talk about nuclear power generation at the summit,” Lee said. “The leader of the biggest opposition party crossed the line that must not be crossed, delivering an attack on the president that cannot be overlooked,” he added.

North Korea says, its approach towards the US won’t change and will continue making nuclear weapons

The authenticity of the accusation is yet not clear. But the opposition proposed if the ruling government wanted to help South Korea in building a nuclear power plant, it should push the latter to adopt denuclearization measures such as readopting to the Nuclear Nonproliferation Treaty and work on nuclear agreements with other countries concerned.