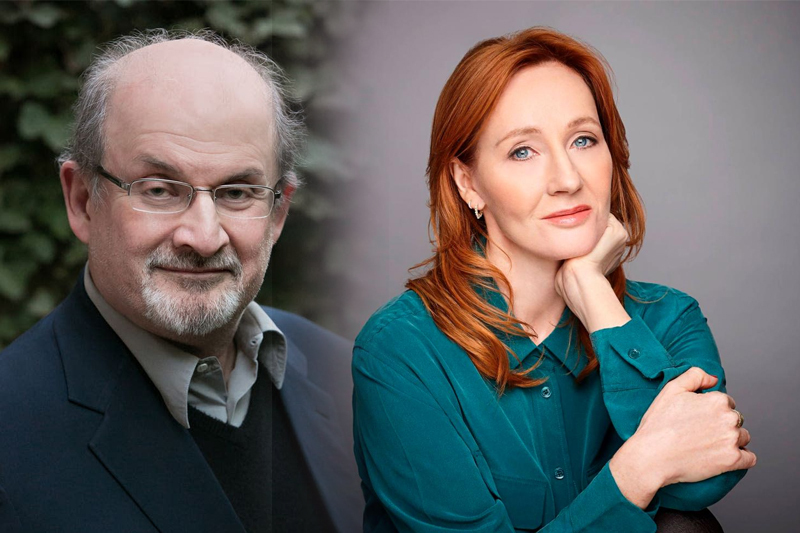 Investigations into threat to Rowling as Iran supports Rushdie attack

Scotland Police have started investigating a threat made against author JK Rowling that was made online to her after she posted reaction to horrific attack on celebrated writer Salman Rushdie on social media. On Friday, Rowling had tweeted, “Horrifying news. Feeling very sick right now. Let him be OK.” To this, a Twitter user under the name Meer Asif Asiz had replied: “Don’t worry you are next.”

A Police Scotland spokesperson said, “We have received a report of an online threat being made and officers are carrying out enquiries.” The same Twitter account has also praised the Rushdie attacker in his posts.

Warner Bros Discovery (WBD) has backed JK Rowling and condemned the threats made against the writer. “We stand with her and all the authors, storytellers and creators who bravely express their creativity and opinions. WBD believes in freedom of expression, peaceful discourse and supporting those who offer their views in the public arena,” the statement said. “Our thoughts are with Sir Salman Rushdie and his family following the senseless act of violence in New York. The company strongly condemns any form of threat, violence or intimidation when opinions, beliefs and thoughts might differ.”

Meanwhile, Iran has denied of any role in fatal attack on Salman Rushdie, but has voiced support to the attack made citing that Rushdie had brought this upon himself. The Iranian media has been celebrating stabbing attack on 75 year old Rushdie, calling it a “divine retribution”. Iran’s state broadcaster daily Jaam-e Jam has highlighted the news of Rushdie might be losing an eye due to attack on him in New York state, saying “an eye of the Satan has been blinded”.

Iran’s foreign ministry spokesperson Nasser Kanaani said, “In this attack, we do not consider anyone other than Salman Rushdie and his supporters worthy of blame and even condemnation.” Spokesman added during his weekly press conference in Tehran, “By insulting the sacred matters of Islam and crossing the red lines of more than 1.5 billion Muslims and all followers of the divine religions, Salman Rushdie has exposed himself to the anger and rage of the people.”

The prize winning celebrated writer has spent years under police protection after Iranian leaders had called for his killing after his novel The Satanic Verses had portrayed an unacceptable picture of Islam.