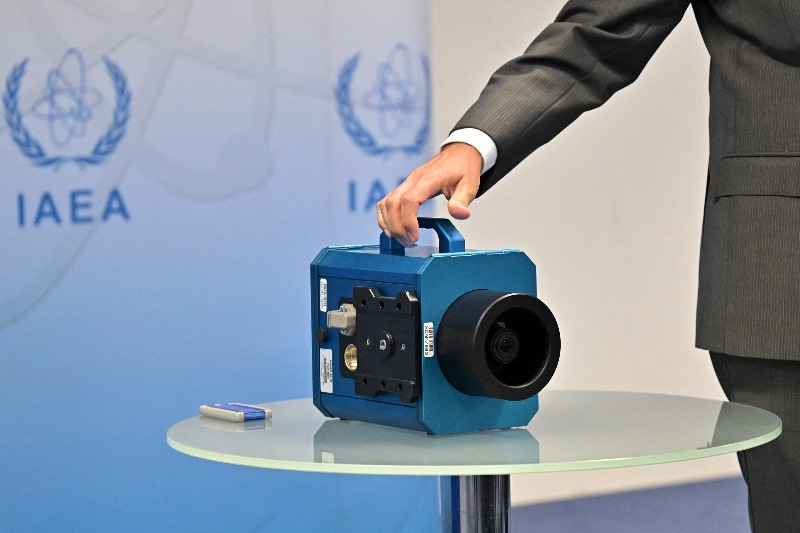 iran will take off iaea cameras unless nuclear agreement is restored

Iran will take off IAEA cameras unless nuclear agreement is restored

According to reports from Iran’s semi-official Tasnim news agency, the head of the country’s Atomic Energy Organisation stated on Monday that Iran will continue to keep the cameras of the United Nations nuclear watchdog switched off until a nuclear deal from 2015 is restored.

Iran reported to the International Atomic Energy Agency (IAEA) that it had removed IAEA equipment, including 27 cameras established under the 2015 accord with international powers. This occurred after the IAEA voted in June to pass a resolution that was critical of Iran.

Mohammad Eslami, the head of Iran’s nuclear program, stated that his country would wait to activate the IAEA cameras until the other party returned to the nuclear deal.

As part of the nuclear deal that was reached in 2015, Iran agreed to limit its nuclear operations in exchange for the easing of international sanctions. In 2018, when Donald Trump was the president of the United States, he decided to withdraw from the agreement and reimpose severe economic penalties on Tehran.

The ruling clerics in Iran have retaliated by violating the nuclear constraints imposed under the accord.

On Monday, the spokesman for Iran’s Ministry of Foreign Affairs, Nasser Kanaani, accused Rafael Grossi, the Director General of the IAEA, of having “unprofessional, unjust, and unconstructive opinions” regarding Tehran’s nuclear program.

He also noted that Tehran has high hopes that the United States would soon show goodwill and that this will allow for a speedy return to the nuclear deal.

During his weekly news conference, Kanaani made the following statement: “Iran is committed to talks and will continue until a decent and durable solution is reached.”

In an interview that was published on Friday in Spain’s El Pais newspaper, Grossi was quoted as saying that Iran’s nuclear program is “galloping ahead” despite the fact that the IAEA has very limited visibility on what is taking place.

The western nations are becoming increasingly concerned that Iran is inching closer to being able to make a nuclear weapon. Iran denies seeking to. Since March, Iran and the United States have been unable to make forward in their indirect discussions over the revival of the deal from 2015.

According to a statement released by the Elysee Palace on Saturday, French President Emmanuel Macron conveyed his dissatisfaction to his Iranian counterpart Ebrahim Raisi on the lack of progress made during the ongoing talks. continue reading

The nuclear accord appeared to be on the verge of being revived in March; however, talks were thrown into disarray in part due to the question of whether or not the United States would remove Iran’s Islamic Revolutionary Guard Corps (IRGC) from its list of Foreign Terrorist Organizations. The Islamic Revolutionary Guard Corps (IRGC) is in charge of elite armed and intelligence elements, which the United States government accuses of running a global terrorist operation.

It is now abundantly evident that the Biden administration does not intend to remove the IRGC from the list, a move that would have little impact in the real world but would infuriate a significant number of senators in the United States.