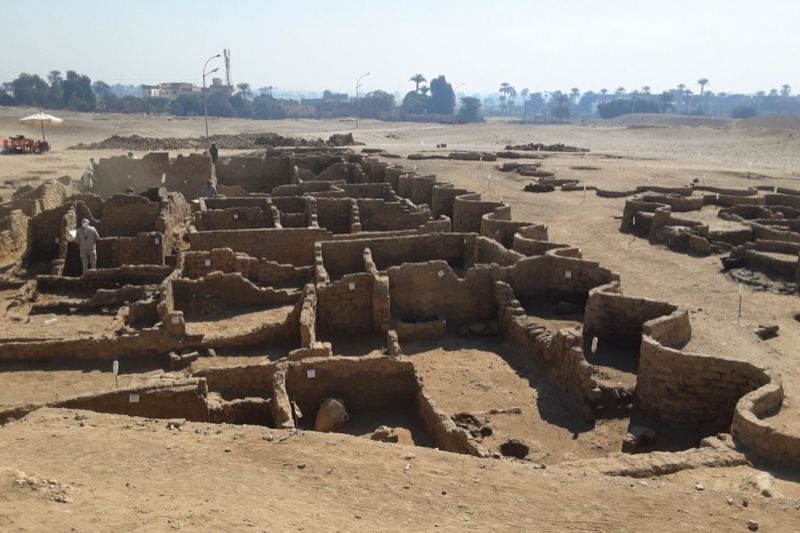 This ancient fortification in Iraq’s Kurdistan region may have been part of a long-lost royal city known as Natounia.

Adiabene, a small kingdom ruled by a native family, lay just across the border from the stronghold. According to research led by Michael Brown, a researcher at the Institute of Prehistory, Protohistory and Near-Eastern Archaeology at Heidelberg University in Germany, with the assistance of Iraqi colleagues, these rulers would have paid tribute to the neighboring Parthian Empire, which ruled over parts of Iran and Mesopotamia around 2,000 years ago.

Brown claims that carvings near the fortress’s entrance portray a monarch of Adiabene, based on the figure’s attire, particularly his hat. 143 miles (230 kilometers) distant, near the site of an ancient city called Hatra, another carving of an Adiabene monarch resembles this one.

Brown believes the fort was the royal city of Natounia, or Natounissarokerta, which was a part of the kingdom of Adiabene, however this is only a hypothesis.

In an email, Brown noted that “Natounia is only recognized for its rare coins, and there are no extensive historical references.”

The city of Natounissar and its position on the Lower Zab River, once known as the Kapros River, are described in detail by information gleaned from seven coins.

“As we may gather from coinage, the archaeological site is described as being near (but not on) Lower Zab/ancient Kapros river, with short occupation and regal images. A few exceptional high-status tombs can be found nearby as well,” Brown said.

According to the author, “It’s a circumstantial case. Rabana-Merquly is not just possible for the lost city of Natounia, but possibly its best contender by far.”

King in the carving could be either Natounissar or one of his direct descendants.

According to the research, the name Natounissarokerta is a combination of Natounissar’s regal name and the Parthian term for fortress or moat.

Brown indicated that Rabana-Merquly could fit the bill. To trade with pastoral tribes, maintain diplomatic relations, or impose military pressure, Rabana-Merquly may have served as an important settlement situated at the nexus of highland and lowland zones.

That “great effort” must have gone into creating and maintaining such a large stronghold “points to governmental activity,” according to Brown.

Parthian archaeology and history are still largely unknown, despite their apparent importance as a major force in the ancient Near East, according to the study.

On Tuesday, the research was published in the journal Antiquity.