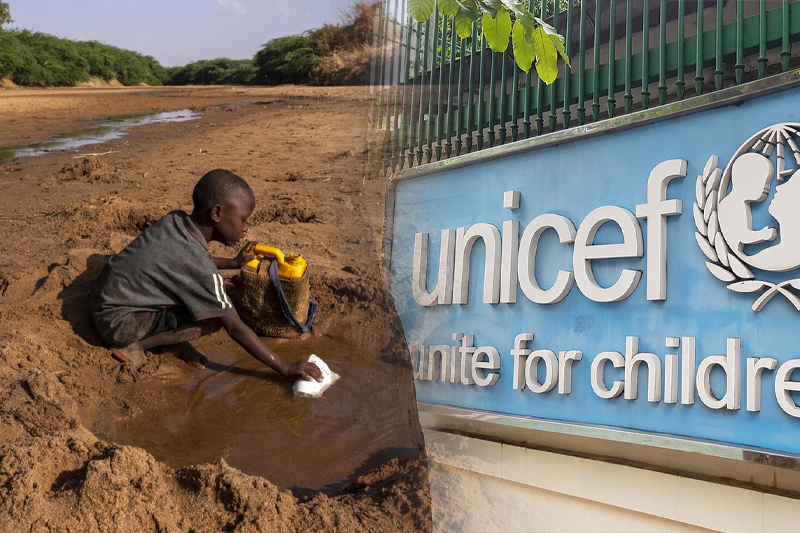 The UN Children’s Fund, UNICEF on Tuesday has issued a warning that children in the Horn of Africa and the vast Sahel region “could die in devastating numbers” in absence of any urgent intervention and support. In the last five months alone, the people without access to safe water in Ethiopia, Kenya and Somalia has risen from 9.5 million to 16.2 million. Children in Sahel region are also facing water shortage, leading to exacerbation of severe malnutrition and risk of countering serious water borne infections triggered by unreliable water sources due to severe drought.

“When water either isn’t available or is unsafe, the risks to children multiply exponentially,” said UNICEF Executive Director Catherine Russell. “Across the Horn of Africa and the Sahel, millions of children are just one disease away from catastrophe.”

The UN has time and again warned against the worsening climate change and catastrophes emerging due to that – including mass migration, drought, regional conflict, famine, malnutrition and looming deaths. According to WHO data, “40 million children are facing high to extremely high levels of water vulnerability”. In Sahel region, a high number of children die due to unsafe water and sanitation conditions when compared to other parts of the world.

Some data shared by UNICEF:

In Horn of Africa, a large number of people depend on vendor delivered water, on trucks or donkey carts, which is highly unreliable. Furthermore, areas impacted the most by drought, have no longer supply of water to many families.

In Somalia, acute watery diarrhoea and cholera outbreaks have been reported in all districts affected by drought. 8,200 cases of these water borne diseases were reported between January and June 2022, which is more than double the number of cases that were reported last year during the same period. “In a region already burdened with 2.8 million malnourished children, water vulnerability makes children 11 times more likely to die from water-borne diseases than those who are well nourished,” said UNICEF.

“UNICEF is providing life-saving aid and resilient services to children and their families in dire need across the Horn of Africa and the Sahel”, noted the UN News. “Schemes include improving access to climate-resilient water, sanitation and hygiene services; drilling for reliable sources of groundwater and developing the use of solar systems; identifying and treating children with malnutrition, and scaling up prevention services.”