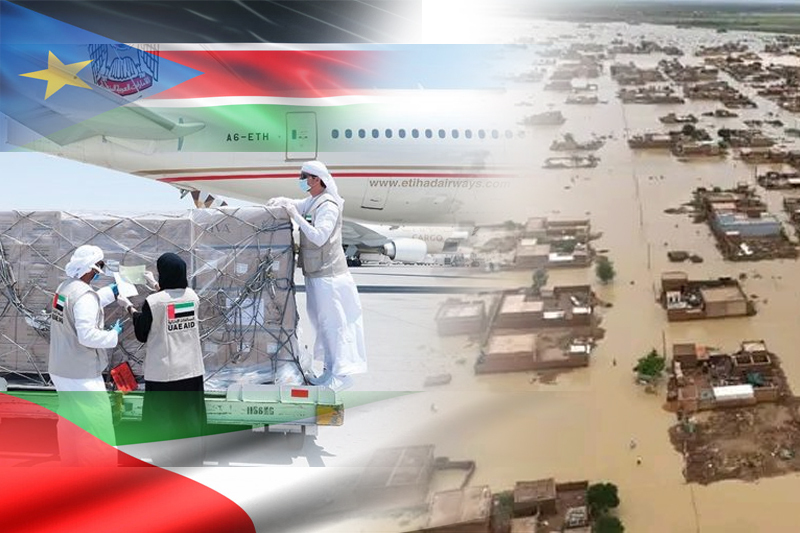 the uae sends humanitarian aid to flood victims in sudan

The UAE sends humanitarian aid to flood victims in Sudan

The United Arab Emirates (UAE) has begun operating an air bridge to Khartoum, the capital of Sudan, to transport large quantities of urgent humanitarian relief aid for those affected by the torrential rains and floods in Sudan.

According to the Emirates News Agency (WAM), the first aircraft carried 30 tonnes of various shelter materials for the flood victims. It will be followed by three additional planes, which will be received by the ERC delegation.

The UAE’s aid has provided support to victims during tough times. The relief aid includes around 10,000 tents, 28,000 food and medical aid parcels, 120 tonnes of various shelter materials, along with urgent relief materials.

The UAE’s aid will help improve the living conditions of the flood victims. Reportedly, more flights of the relief air bridge to Khartoum will be operated to improve the capacities of humanitarian organisations.

The ERC is overseeing the operation of the air bridge, which aims to deliver urgent aid to more than 140,000 flood victims in Sudanese states, including the Blue Nile, Khartoum and Gezira. The ERC delegation has begun travelling to the most disaster-stricken states.

Mohammed Khamis Al Kaabi, head of the ERC delegation to Sudan, reportedly said that the ERC field teams will set up tents to shelter the most affected people. It also aims to provide a unique Emirati model in this field during the evacuation process as per the highest standards of security and safety.

The UAE was among the first country to help Sudan after floods caused havoc in the country. His Highness ordered the provision of AED 25 million of urgent aid to flood victims in Sudan.