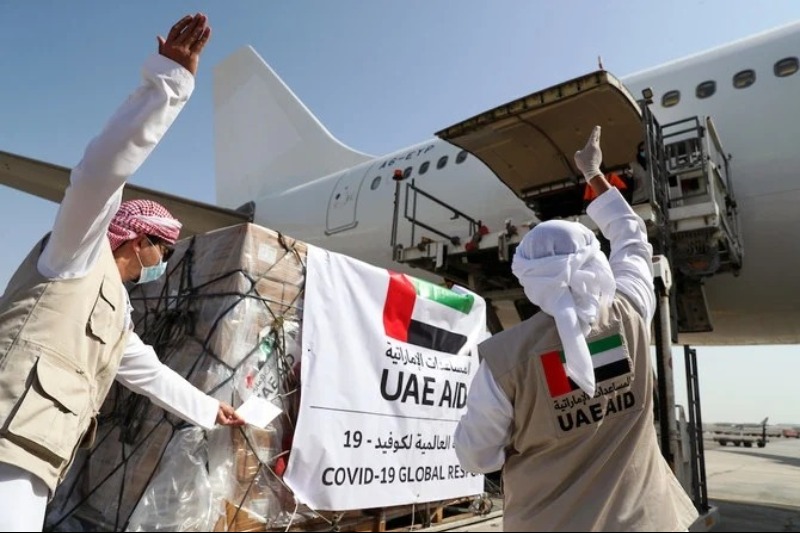 after torrential rains and floods, the uae president orders aid for pakistan

After torrential rains and floods, the UAE president orders aid for Pakistan

The UAE President issued an order that all forms of humanitarian aid be delivered to those who have been uprooted in order to improve their capacity to overcome the difficulties they are currently experiencing.

The assistance provided by the UAE consists of around 3,000 tonnes of food supplies, tonnes worth of medical and pharmaceutical goods, in addition to tonnes worth of tents and materials for making shelter.

The UAE relief teams will also provide all types of humanitarian help to Pakistani cadres and institutions that are concerned with efforts to ensure the safety of those impacted as well as providing for their requirements in terms of food, medical care, and logistics.

Also Read: We Stand Together: UAE leads in providing humanitarian aid to Pakistan

According to the National Disaster Management Authority, the number of fatalities caused by the monsoon rains has reached 1,033, with 119 people losing their lives in the preceding 24 hours.

A catastrophe appeal has received contributions from a number of countries, including the United States of America, the United Kingdom, the United Arab Emirates, and others; however, officials say that further donations are required.

They go on to say that the government of Pakistan is making every effort to be of assistance.

An official from the ministry of the interior, Salman Sufi, told the BBC that the country was in dire need of support from the international community.

Thousands of people were forced from their homes in the province of Khyber Pakhtunkhwa in the northwestern part of the country when rivers in the area overflowed their banks, triggering devastating flash floods.

Junaid Khan, 23, told the AFP news agency that the home that he and his family had laboriously built over the course of many years had begun to collapse in front of their eyes. “We sat by the side of the road and watched the house of our dreams sink into the ground.”

Thousands of people have been forced to leave their homes in the Sindh province, which is located in the southeast of the country and has also been severely affected.

No Food coming in Sindh

There were people living in temporary housing in each and every village that we passed through as we drove across Sindh.

On the ground, many are describing it as the worst calamity they’ve ever endured, despite the fact that the full magnitude of the destruction in the province has not yet been completely recognized.

In Pakistan, flooding is a fairly normal occurrence, but the locals told reporters that these rains are not like the others. They were unlike anything that had ever been seen in this location before. They were referred to as “floods of biblical proportions” by one of the local officials.

Near the city of Larkana, thousands of homes made of mud have been submerged by flooding, and for miles in every direction, the only thing that can be seen are treetops.

Thatched rooftops can be seen poking out from underneath the threatening water in areas of the swamp where the water level is significantly lower.

There is a wide variety of things that the survivors require. In one of the villages that we travel to, the residents who are sitting there are starving. In another, they state that they are in possession of their grains, but that they are lacking the financial resources necessary to meet their other essential needs.

The United Arab Emirates has increased the amount of aid it is providing in terms of both relief and rehabilitation in order to assist Pakistan in successfully coping with the catastrophic natural disaster.

In light of the recent active providing of relief by the country, the government and people of UAE are all together with the people of Pakistan in both letter and spirit during this trying time.

According to a statement released by WAM, Sheikh Mohamed bin Zayed called Pakistan’s Prime Minister Shehbaz Sharif on Saturday to offer his condolences to the families of the victims of the attack.

He reaffirmed the United Arab Emirates’ complete backing for Pakistan’s efforts to emerge victorious from the conflict.

Sharif expressed gratitude to the president of the UAE for the emergency aid that was sent to improve the living conditions of individuals whose lives were disrupted by the floods. He also acknowledged the UAE’s long-standing support of Pakistan.