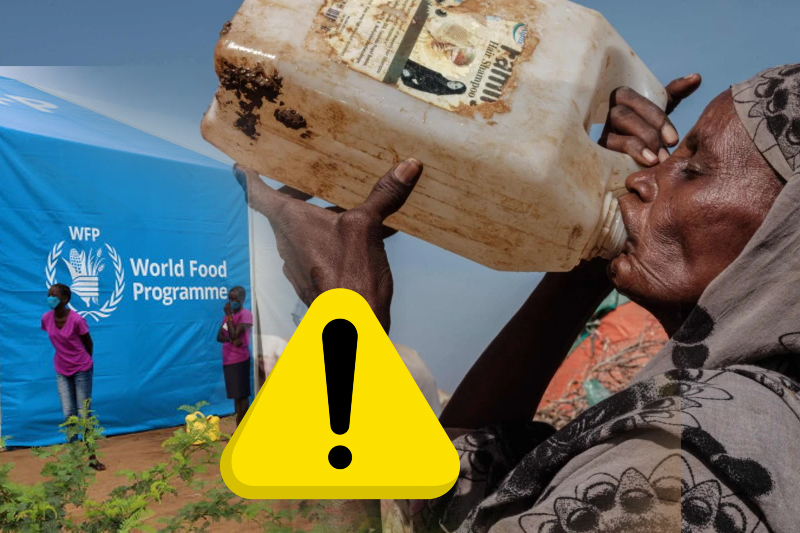 The United Nations’ World Food Programme (WFP) has warned that continuing failed rainfall triggered drought in Horn of Africa is raising risk of pushing 22 million people towards risk of starvation. For four years now, Kenya, Somalia and Ethiopia have failed rainfall causing the worst drought in 40 years. The aid groups have warned against famine conditions in the worst hit areas.

“The world needs to act now to protect the most vulnerable communities from the threat of widespread famine in the Horn of Africa,” the WFP executive director, David Beasley, said on Friday. “There is still no end in sight to this drought crisis, so we must get the resources needed to save lives and stop people plunging into catastrophic levels of hunger and starvation.”

The WFP had issued a similar warning in the beginning of 2022 that about 13 million people across the three countries of Horn of Africa were facing starvation, calling out international aid to curb the risk of extreme malnutrition and famine. But funds incoming was very slow, further derailed by Russia’s invasion on Ukraine. The war in Ukraine and its impact on world shifted focus from humanitarian crisis in Horn of Africa. The Russian invasion led to global food shortage and raised prices, further complicating the situation in the region.

2️⃣2️⃣ million: The number of people projected to face extreme hunger in parts of Somalia, Ethiopia and Kenya due to drought.

At the start of the year, we warned that 13 million people were at risk…

According to WFP, by September at least 22 million people in Horn of Africa could face starvation. “This number will continue to climb, and the severity of hunger will deepen if the next rainy season … fails and the most vulnerable people do not receive humanitarian relief,” WFP said in a statement. “Needs will remain high into 2023 and famine is now a serious risk, particularly in Somalia”, where about half of the population of 15 million people is facing starvation.

UN Humanitarian Coordinator Martin Griffiths warned on Friday, “If we don’t step up in force now, it’ll run out and the malnourished children are likely to die first.”