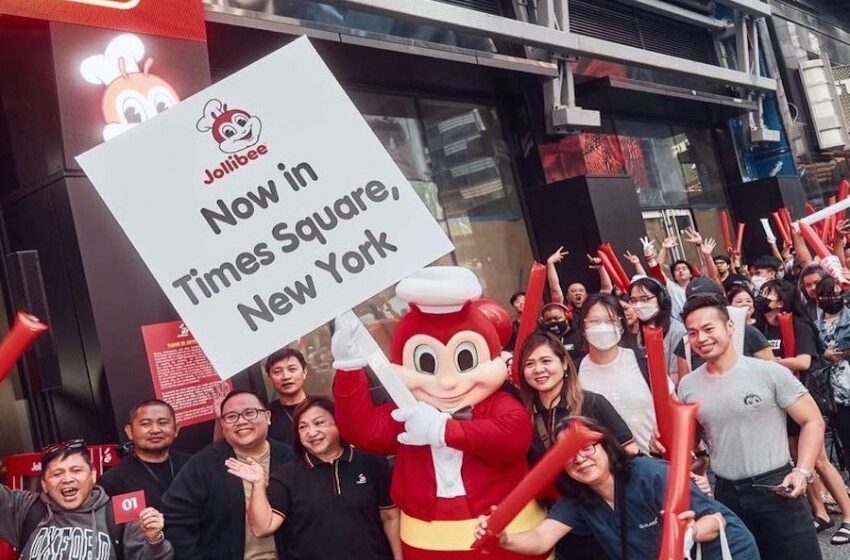 Many Filipinos living outside of the country find that the flavor of Jollibee brings back memories of “back home.” Recently, this flavor has been given its greatest exposure to date in the most populous metropolis in the United States.

Jannelle So Perkins, a pioneer in Filipino-American media, was there in Times Square in the middle of New York City on August 18, the day that Jollibee launched its 60th location in the United States there. Soon after the Philippine-based restaurant was recognized as the “best fried chicken chain” in the United States by the website Eater, the opening garnered a large number of Filipinos who were eager to see a familiar taste emerge at the crossroads of the world. This occurred shortly after the opening.

Maribeth dela Cruz, president of Jollibee North America, stated that the company has long harbored the desire of opening a branch in Times Square due to the fact that the area attracts millions of visitors from all over the world.

“It is of the utmost significance for all of us to be here. Our vision is to become one of the top five restaurant companies in the world, and being here in Times Square is a testament that we are on our way to that vision,” said Dela Cruz on So Jannelle TV, which airs nation-wide on cable channels The Filipino Channel (TFC) and ANC, as well as on local Southern California digital channel KNET 25.1. So Jannelle TV also airs in the Philippines.

It seems that a Jollibee might one day call this location home. Dela Cruz claims that when the location was provided to the CEO of the company, the CEO pulled out a photo of himself and his son taken at the exact same area 20 years earlier.

According to Luis Velasco, Vice President of Marketing for Jollibee North America, having a restaurant in Times Square was the next natural step for the company to take in order to achieve its goal of being an iconic global brand.

According to Velasco, “We’re not the biggest here in America, but we pride ourselves in offering great tasting cuisine and amazing value to all of our clients.”

Ernie Aguinaldo, who began waiting up at the new Jollibee location 12 hours before it opened in order to be the first person in line to be served there, has a strong claim to the title of being the person who is the most excited about the launch. Few people could make a stronger case for this claim. Because of his efforts, he was rewarded with a free six-piece bucket every month for an entire year, in addition to additional perks.

In addition to the well-known Chickenjoy and Jolly Spaghetti, the shop in Times Square will also provide customers with offerings that are exclusive to that store. These specialties will include Mandarin Orange Crispy Chicken Salad, Baked Cheddar Mac ‘n Cheese, and biscuits.

According to Velasco, the objective is to extend the availability of these options to several additional regions across North America.

Jollibee executives have a lot of reasons to be hopeful about the company’s future after the grand inauguration of the restaurant in Times Square.

It’s hard to put into words how surreal it is to be standing right in the midst of Times Square.