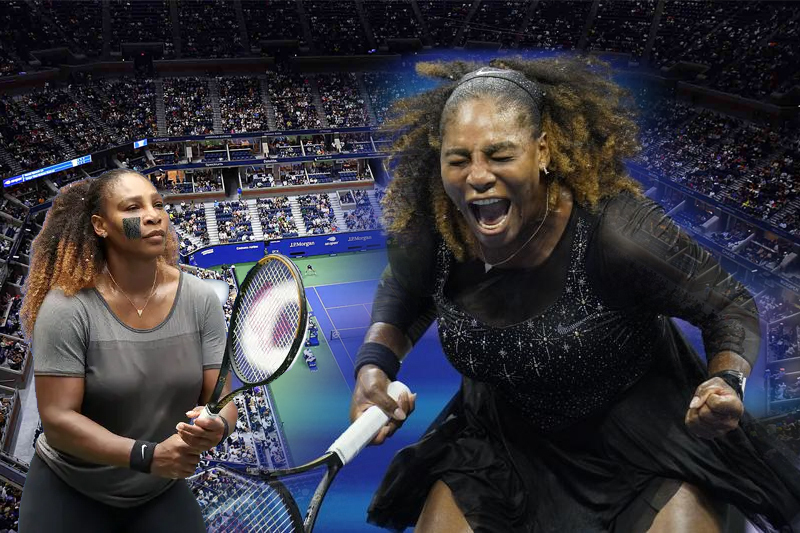 Serena Williams has extended her presumed farewell tour, the US Open, at least two more days by registering a befitting and impressive win for a legendary tennis player who is exiting the world of sports. The 23 time Grand Slam winner overcame early nerves to win 6-3, 6-3 against Danka Kovinic in the first round match of US Open at Arthur Ashe Stadium. This launches her supposed final tournament of her glorious 27 year long professional career.

“I feel so comfortable on this court and in front of everyone here,” a jubilant Williams said after her win. “The crowd was crazy — they really helped pull me through. I was really pumped.”

Earlier this month, Williams announced her plans to retire, as she entered the tournament ranked 605th in the world and with one singles match victory in 450 days. But the US star came through, clearly showing that her charisma is nowhere near the end, as she recorded her 107th victory at the tournament which she has already won six times. The game was a sell out with more than 23,000 spectators crackled the court, a match no less than a finale.

“When I walked out, the reception was really overwhelming,” Williams said afterwards. “It was loud and I could feel it in my chest. It’s a feeling I’ll never forget.”

Kovinic, world No 80, has had a strong year on court reaching third round in French and Australian Opens. But Williams was out to conquer as she smashed the game to her favor with 6-3, 6-3.

“At this point, honestly, everything is a bonus for me, I feel,” Williams said. “It’s good that I was able to get this under my belt. … I’m just not even thinking about that. I’m just thinking about just this moment. I think it’s good for me just to live in the moment now.”