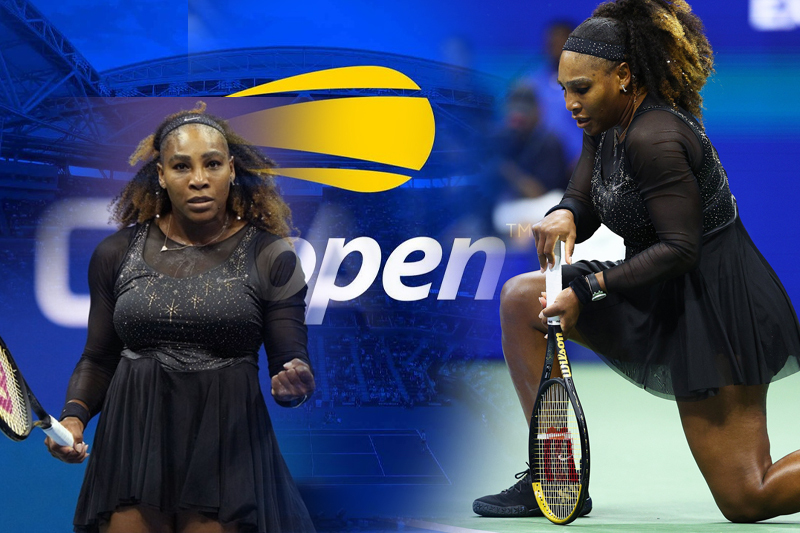 Serena Williams’ term ends in US Open, and likely in her celebrated tennis career

Serena Williams, the 23 time major singles champion was eliminated from the tournament US Open, that she has won six times. She was defeated in a 7-5, 6-7 (4), 6-1 match to Ajla Tomljanovic on Friday night before nearly 24,000 spectators at Arthur Ashe Stadium.

“I’ve been down before. … I don’t really give up,” Williams said. “In my career, I’ve never given up. In matches, I don’t give up. Definitely wasn’t giving up tonight.”

Williams, who turns 41 this month had announced recently that she is ready to start “evolving” away from her tennis career, expressing her distaste for the word “retirement”. “It’s been the most incredible ride and journey I’ve ever been on in my life,” Williams said, tears streaming down her cheeks shortly after the final shot. “I’m so grateful to every single person that’s ever said, ‘Go, Serena!’ in their life.”

“I tried, Alja just played a little bit [better],” Williams said, fighting through tears after a match that lasted a little over 3 hours. “Thank you, daddy. I know you’re watching. Thanks, mom. It all started with my parents and they deserve everything.”

“I wouldn’t be Serena if there wasn’t Venus, so thank you, Venus. She’s the only reason that Serena Williams ever existed.

The poised Tomljanovic who advances to fourth round of US Open now said, “I’m feeling really sorry just because I love Serena just as much as you guys do.” She added, “What she’s done for the sport of tennis is incredible. I never thought I’d have the chance to play her in her last match when I was a kid watching all those finals.”

Asked before the match if this would be her last tournament, Williams replied, “I don’t think so, but you never know.” But when asked about the same topic in after match interview, she said, “I always did love Australia”. The next tournament this year is Australia Open. Williams has remained extremely vague about the exact timeline of her retirement, ands this statement leaves the question open ended if she would also play in the Australia Open.