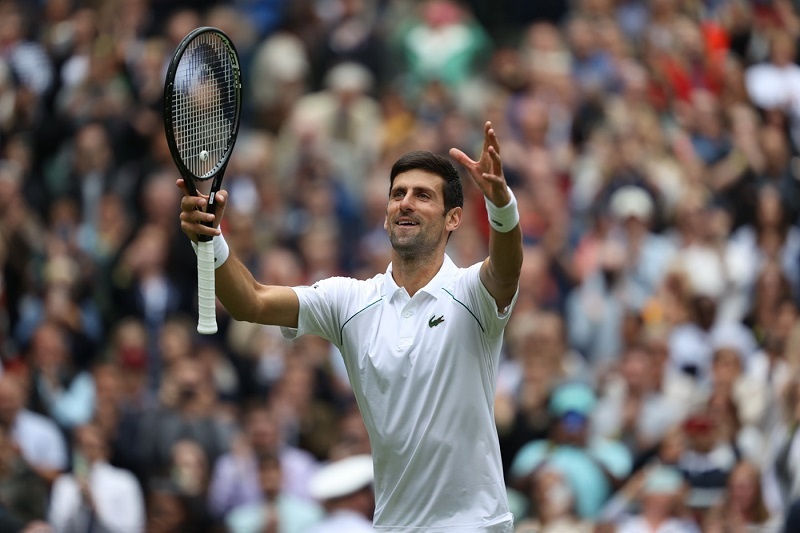 Australia -DRegistering his win off the court, Serbian tennis player Novak Djokovic has won appeal against decision of canceling his Australian visa by authorities ahead of the Australian Open 2022. Djokovic will now be immediately released from Australia’s immigration detention after federal circuit court in Australia slammed the decision of his visa cancellation. By winning the court battle, Djokovic can stay in the country to play Grand Slam, even though he hasn’t been vaccinated against Covid-19. The decision was given by Federal Circuit Court Judge Anthony Kelly.

Judge Kelly said that Australian entry visa for Djokovic that was revoked when he arrived in the country last week, must be reinstated. The officials had said that World’s No. 1 tennis player had not met the exemption criteria for entry into the country – all non-citizens are required to be fully vaccinated against Covid-19. According to the judge’s ruling, Serbian player had not been given adequate time to consult with his lawyers, ordering the government to release Djokovic within 30 minutes from Melbourne hotel for quarantine where he has been kept for the last four days.

But drama seems to be far from over as the tennis star, who is nine time Australian Open winner and defending champion, could face deportation again. Government lawyer Christopher Tran said to Judge Kelly that the immigration minister “will consider whether to exercise a personal power of cancellation.” This could mean Djokovic will miss the tournament that is starting in Melbourne from January 17, and could also face a ban from entering Australia for three years. Immigration law professor, Mary Crock, said that the Migration Act gives the immigration minister “god-like powers” to cancel visas and if “they really decide to … the power is there”.

“The politics behind this is enormous … If the visa is cancelled under this provision – you’re excluded for three years … Australia would be at risk of losing the Australian Open.”

As shown by court documents, Djokovic had sought medical exemption from Australia’s vaccination requirements as he had contracted Covid-19 infection in mid-December. This was reportedly accepted by medical panels of Tennis Australia and the Victorian state governments which granted him the vaccine exemption on medical grounds on 30 December. However, the border force decided that the exemption was not valid.