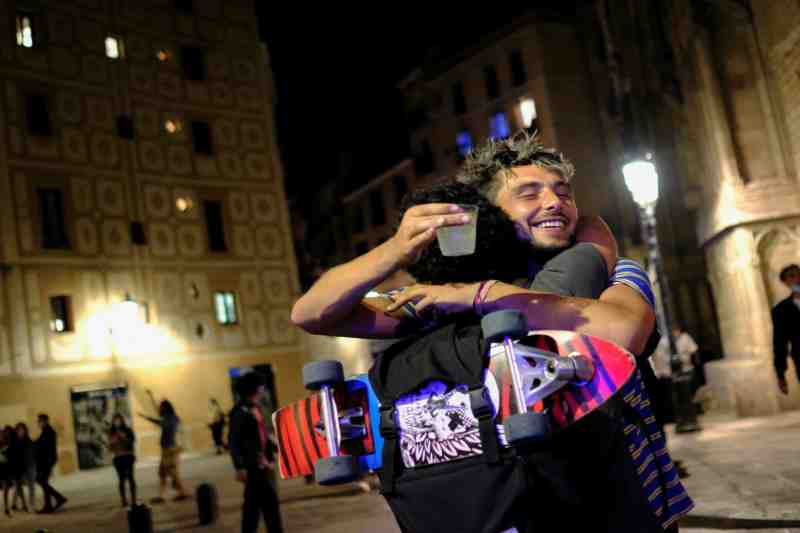 Covid-19, in Spain after the end of the state of emergency, infections among young people increase

The numbers of the new covid-19 outbreak in Palma de Mallorca, in Spain, continue to rise. Over 2,000 young Spaniards from 12 autonomous communities contracted COVID-19 infection during a leisure trip to the island.

It is not an isolated case because in the last few days, the contagion rate between the ages of 12 and 29 worries in at least eight regions, which are beginning to evaluate new measures. In Spain, there are 287 cases for every 100 thousand inhabitants among adolescents, 293 among the twenties.

“We are convinced that the vaccination campaign will ensure that there is no greater increase, but we cannot hope too much because the virus is still there,” said Health Minister Carolina Darias. They already know this in Cantabria, where the cases between 20 and 29 years are 727 per 100 thousand inhabitants, and the local authorities could decide to return to close the nightlife venues.

It is not so much the young that are worrying, but their contacts with vulnerable people who have not yet received the second dose. Spain has vaccinated 37% of the population, one of the best figures in Europe. But 34% of 40-year-olds, 26% of 50-year-olds, and 53% of over-60s have not yet been fully immunized.

Faced with the increase in infections, some regions, such as Catalonia and the Balearics, will open vaccination to under the 30s; in others, such as Andalusia and the Basque Country, the initial plan will be maintained by pushing on the accelerator.

In San Juan, in the Basque Country, during the patronal feast, the contagions increased from 74 percent on thousand inhabitants to 402.5 in just two days. In Menorca 70 positives were recorded after the Sant Joan de Ciutadella festivities. In Andalusia, the municipality of Cantillana has more than a thousand cases per 100 thousand inhabitants. According to Daniel López-Acuña in El País, a former member of the World Health Organization, “a microwave is taking place among young people, which affects the general impact.”

For the expert, it is not a phenomenon linked to the macro-brewery of Mallorca but it is a problem linked with the end of the state of emergency, the elimination of curfews, and the relaxation of night entertainment. All this contributed to a feeling of false security about the alleged invulnerability of young people to the virus.

In this scenario, little is known about the evolution of the delta variant in Spain, and the data are contradictory. For the Catalan government, where there are 555 cases for every 100,000 inhabitants among the twenty-year-olds, it represents 30% of new infections in the region, a percentage high to 50% by Magda Campins, an epidemiologist of the Vall d’Hebron Hospital in Barcelona. According to the Ministry of Health, at the national level, it concerns only 2.7% of the total number of infections.

Meanwhile, in Mallorca, a judge suspended the forced solitary confinement of 118 young people with negative swabs in the Palma Bellver hotel. Fifty-eight positive cases remain in the facility, while sixteen have been hospitalized with mild symptoms.

The boys were brought back to the peninsula aboard a boat bound for Valencia. Awaiting them are buses provided by their regions of origin (Andalusia, Madrid, and Galicia). Before leaving for home, they received the opportunity to undergo a quick swab.