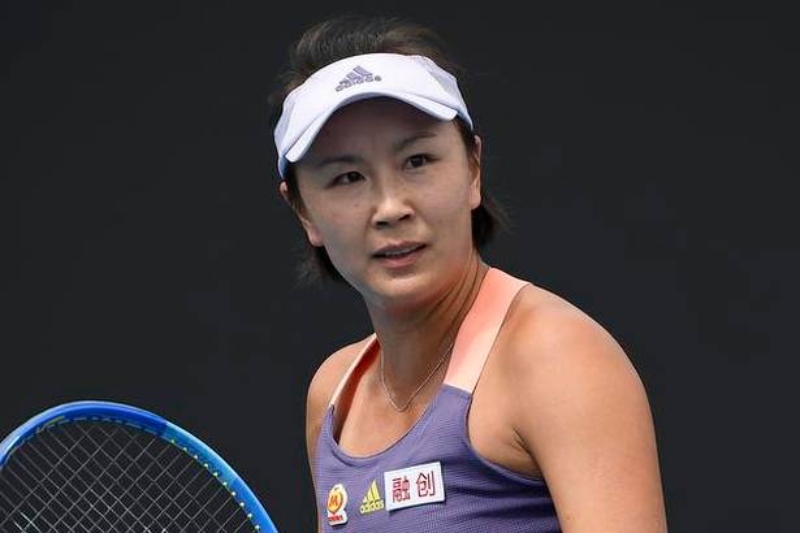 Finally a strong answer to China! WTA (Women’s Tennis Association) has suspended all tournaments in China as well as Hong Kong amid rising concerns about safety of Peng Shuai, the two times tennis grand slam winner from China.

The decision was taken after weeks long rift with Beijing over concerns about safety of the tennis star after she raised voice against the top Chinese officials of being a victim of #MeToo movement, following which she went missing.

“With the full support of the WTA Board of Directors, I am announcing the immediate suspension of all WTA tournaments in China, including Hong Kong,” said the WTA chairman, Steve Simon, announcing the decision in a statement on Wednesday.

“In good conscience, I don’t see how I can ask our athletes to compete there when Peng Shuai is not allowed to communicate freely and has seemingly been pressured to contradict her allegation of sexual assault. Given the current state of affairs, I am also greatly concerned about the risks that all of our players and staff could face if we were to hold events in China in 2022.”

This decision by WTA is a significant shift in reaction pathway by sports associations that has been in past against China that has been increasingly assertive and aggressive towards domestic and international criticism against its policies. Yester years have seen sports associations backing down and choosing to stay silent over conflicts involving Beijing over fears of losing a big business market.

But this time is different, as WTA makes a landmark decision to rise above bureaucracy and keep safety of players as a priority. “I applaud Steve Simon and the WTA leadership for taking a strong stand on defending human rights in China and around the world,” said Billie Jean King. “The WTA is on the right side of history in supporting our players. This is another reason why women’s tennis is the leader in women’s sports.”

On November 2, Peng Shuai had posted a statement on Weibo, China’s social media platform, accusing country’s former vice-premier, Zhang Gaoli, of sexually assaulting her, and that she was forced into entering a sexual relationship with him.

She added that she can’t produce any evidence of same but was determined to raise her voice. “Like an egg hitting a rock, or a moth to the flame, courting self-destruction, I’ll tell the truth about you,” she wrote. Post was deleted within 30 minutes of posting and Peng Shuai was missing after that. Soon social media was flooded with hashtag #WhereIsPengShuai as her tennis peers raised concerns over her safety. Simon was later contacted by Peng through email saying “everything in fine”. But Simon dismissed the email over doubts if it was really Peng Shuai.

Novak Djokovic, World No 1 and cofounder of the Professional Tennis Players Association has supported decision by WTA. “We don’t have enough information and I think it’s a very bold, very courageous stance from WTA,” he told reporters.