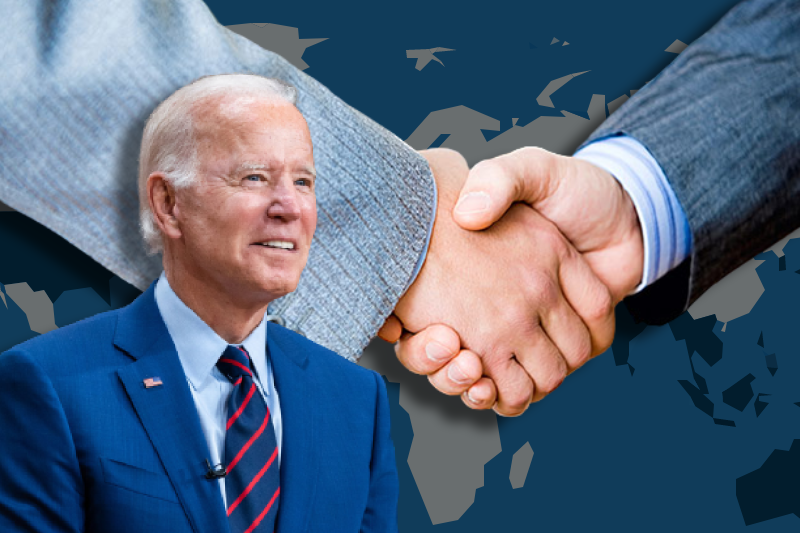 Wednesday marked announcement by US President Joe Biden about the formation of AUKUS. United States is forming an Indo-Pacific alliance with Australia and Great Britain. The aim is point straight – allow for broader sharing of defence capabilities along with helping Australia get equipped with nuclear powered submarines. The move can, in most likelihood, irk China and deepen growing rift between Beijing and Washington.

In a virtual announcement, Biden, Australian PM Scott Morrison and UK Prime Minister Boris Johnson said that the agendas would be rapidly attended to, in an attempt to strengthen the alliance in region. President Biden said, “We all recognize the imperative of ensuring peace and stability in the Indo-Pacific over the long term. We need to be able to address both the current strategic environment in the region and how it may evolve.”

Why is AUKUS formed?

UK PM Boris Johnson said that the alliance will bring the three maritime countries on the same page to enable strengthening the partnership amid rapidly evolving global relations and alliances. “We will have a new opportunity to reinforce Britain’s place at the leading edge of science and technology, strengthening our national expertise, and perhaps most significant, the UK, Australia and the US will be joined even more closely together,” Johnson said.

The prime sharing platforms mutually decided by US, UK and Australia include artificial intelligence, cyber and underwater defence powers and capabilities.

Till date US has shared its nuclear propulsion technology with only Britain. With new alliance bringing Australia from the region into tech sharing picture is sure to attract Beijing’s attention. However, Morrison said that Australia is not seeking to develop nuclear weapons program and clarified that information sharing would be used only to develop Australia’s own submarine fleet. Morrison said US, UK and Australia had “always seen through a similar lens,” and amid growing global complex relations, the alliance will help “to meet these new challenges, to help deliver the security and stability our region needs, we must now take our partnership to a new level.”

What can AUKUS formation mean for China?

China and USA have been at cliff’s edge with their rivalry since former US President Donald Trump’s direct attacks on his Chinese counterpart. The formation of AUKUS can be seen as a direct provocation by China with Biden’s renewed efforts to focus US foreign policy on the Asia- Pacific region. However, an anonymous Biden administration official cleared the air saying that objective of alliance is not towards targeting a particular country, but rather in line to broaden engagement by the three countries in Indo-Pacific region.

A nuclear powered submarine fleet will allow Australia to conduct longer patrols in the waters and would give the AUKUS alliance a stronger presence in Indo-Pacific region. Underwater warfare capabilities are China’s peeve point, according to Matt Pottinger who served as deputy national security adviser in Trump administration. He said, “When you have a strong military, it provides a backdrop of deterrence that gives countries the confidence to resist bullying. Part of the problem right now is that Beijing has gotten rather arrogant and it’s been less willing to engage productively in diplomacy.”

Announcement of AUKUS formation comes ahead of Quad Summit next week in White House, an alliance between US, India, Australia and Japan.