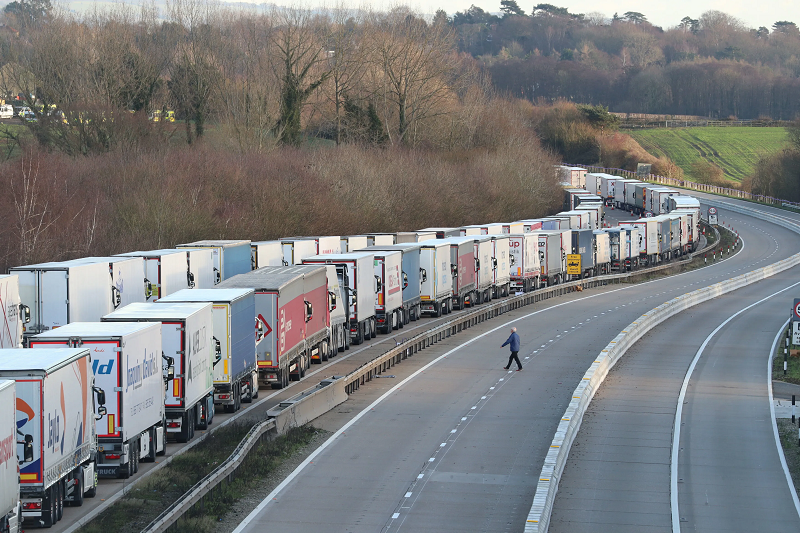 Spain -Spain’s government has mobilized about 23,000 police officers to crack down on a strike of lorry drivers against surging fuel prices.

Numerous drivers have been blamed for attacking colleagues who haven’t supported the walkout. According to media reports, rocks were thrown at lorries on Spanish roads. Moreover, cargo tarps were reportedly torn and tires punctured. In northwestern Spain, pickets threw burning tires onto a highway, leading to two arrests.

Transport Minister Raquel Sánchez claimed that a group of far-right extremists was “bent on blackmailing this country”.

“Their violent behaviour does not represent the transport sector,” Sánchez said. “We know the difficulties over fuel prices. We won’t bow to this blackmail.”

On the other hand, lorry drivers denied far-right links, saying the Spanish government was “trying to criminalise them by placing ideological labels.”

“We are a sector that wants to live from its work. Which feels excluded and disrespected by the country and its leaders,” said the statement on Thursday.

Meanwhile, police across Spain were asked to ensure the delivery of essential goods and services, according to the Interior Ministry.

The open-ended strike began Monday. It has not been supported by Spain’s road haulage federations or major transport trade unions.

Lorry drivers complained that the surging cost of diesel fuel and energy had left them in a “catastrophic” situation.

The administration said those involved in the strike were a minority of the country’s lorry drivers.

The walkout has disrupted national supply chains, with some businesses reporting shortages of milk and fish.

The Spanish government said it planned to introduce measures against high fuel and energy prices later this month.