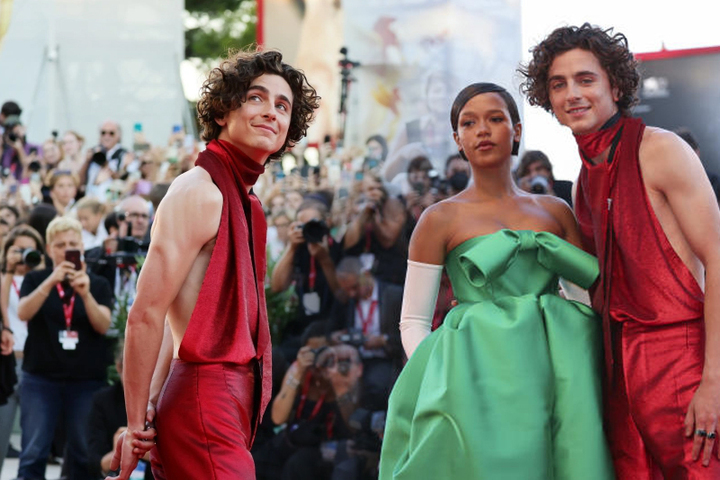 In “Bones and All,” Timothée Chalamet portrays a cannibal

Bones and All is an old-fashioned love story and road movie with a twist. The star-crossed characters are cannibals striving to live with their dreadful condition. The film stars Timothée Chalamet and Taylor Russell.

Chalamet told Reuters prior to the debut of the film on September 2 at the Venice Film Festival, “I feel like it has been one of the oddest periods of my career,” the actor said about the experience.

Chalamet will be working with Call Me by Your Name director Luca Guadagnino again on this project. Guadagnino is an Italian auteur who directed the 2017 LGBT coming-of-age film that helped catapult the young American actor to international stardom.

Since then, Chalamet has been in a variety of films and television shows as young men who are frequently intense and tormented. But Bones and All takes things several stages further when he links up with Russell and the duo travel across the Midwest of the United States struggling with, and occasionally succumbing to, their own personal demons.

Chalamet expressed his hope that the audience would be able to look past the blood and violence to find the compassion at the center of the story.

“I hope that it isn’t mistaken as a horror picture or a cannibal film, or a film that is a false edgy that is meant to shock you,” he said. “It’s not any of those things.”

“It is about a great deal of other things in addition to that. It is about the sensation of being human. It is about being alive during a period when there was no Internet and being completely disenfranchised and then discovering love that gives you a sense of being noticed.”

Before Russell discovers Chalamet, the film follows her as she searches for her long-lost mother and, for the first time, meets a world of fellow “eaters,” including Sully, played by Mark Rylance, with whom she shares a horrific meal.

Russell stated that the parts involving the wild animals eating were not difficult to act out, despite the fact that they are likely to shock many people who watch the movie.

Because it is so easy to put into practice, the gore, if you can even call it that, has a tangible quality to it. That way, you won’t need to put a lot of thought into it. You just have to do it. She told Reuters that the things that bother her the most are the emotional ones.

It is the second year in a row that Chalamet has fronted a major picture at Venice, following on from his 2021 blockbuster Dune, and hundreds of fans waited under the scorching heat of the summer sun to catch a glimpse of their hero stepping out onto the red carpet at the festival.
“Man, it’s wonderful. After coming ashore on the Lido, a long, pencil-shaped island in the Venice lagoon, where the world’s oldest film festival takes place,” Chalamet said, “This is wonderful, all this excitement, I feel like I’m back home.”