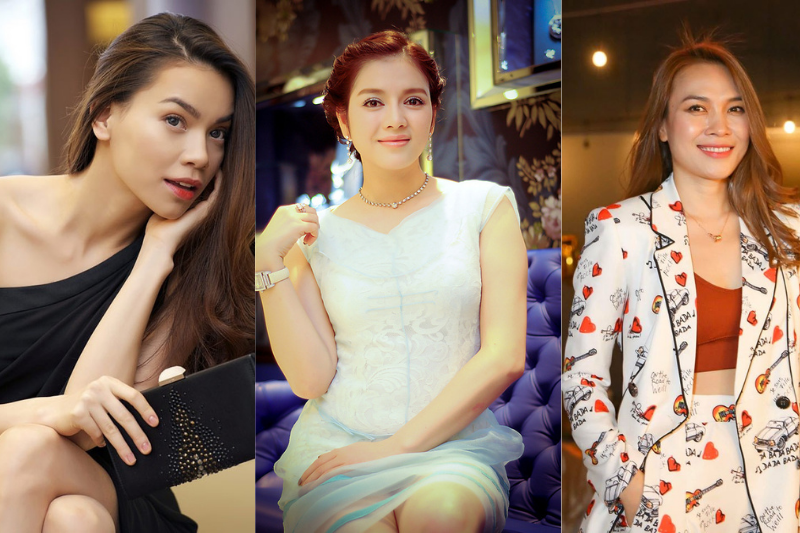 In recent years, a growing number of Vietnamese celebrities have entered the corporate sphere. Among them are a number of high-profile women who, by their talent and success in a variety of industries ranging from fashion, cosmetics, and entertainment to food and beverage, real estate, and finance, have won the admiration of even established business executives. What have they been up to, and who are they?

At the age of 26, the “brown-haired nightingale,” as her fans refer to her after the title of her most famous song, launched her own company, MT Entertainment. In the same year, the singer launched My Time, the first local celebrity-owned perfume and shower gel line.

After that, she opened Nightingale, a building in District 3 of Ho Chi Minh City that includes a shop selling her namesake fashion designs, a Japanese-styled cafe, and a teahouse. According to VietnamBiz, MT Entertainment made a profit increase of more than 50% in each of the years 2017, 2018, and 2019, with a revenue of 47.8 billion dong (about $2 million) in the final year.

Actress Ky launched Lynk Group in 2007, a company that specializes in real estate and investment, jewelry and fashion, media and entertainment, and charity and social issues.

All of the company’s products are created to international standards in South Korea, which has aided in the company’s rapid expansion, with revenue in 2019 exceeding 84 billion dong (about US$3.6 million), according to 24h.com.vn.

Mai Phuong Thuy rose to prominence as a beauty queen, winning Miss Vietnam 2006 in 2006. Today, she is better known as “Miss Securities,” according to Thanh Nien, for her successful investments, which have enabled her to live a lavish lifestyle. In 2013, she purchased a Vietnamese restaurant in downtown Ho Chi Minh City, and she also owns luxury apartments in both the United States and Hong Kong.

After joining the business family of Johnathan Hanh Nguyen, chairman of Imex Pan Pacific Group, which imported brands such as Chanel, Louis Vuitton, Armani, Rolex, and others to Vietnam, actress Tang Thanh Ha left showbiz and founded her own marketing and media firm.

Then she ventured into the food and beverage industry, creating a bar and The Crab Shack, a chain of seafood restaurants in Ho Chi Minh City. She is also interested in fashion, having opened Sunnies Studios Vietnam, the first store in Vietnam for the Filipino sunglasses company, and Hatang, her own elegant fashion label.