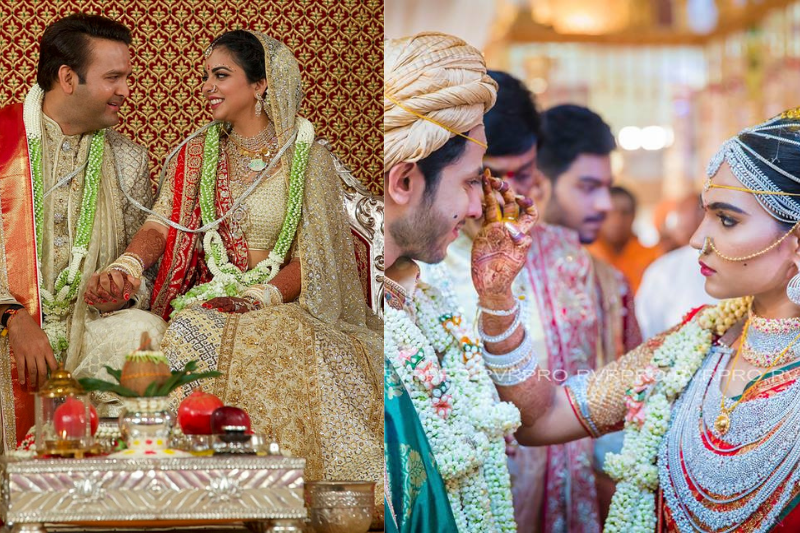 The Indian wedding business is believed to be worth $50 billion, bringing new meaning to the phrase ‘big fat wedding.’

Let’s take a look at some of the 5 most lavish & expensive Indian weddings of all time, from $2 million bridal sarees to private Beyoncé performances.

The wedding festivities took place in three locations: an engagement party in Lake Como, Italy, a sangeet party at a palace in Udaipur, and the wedding at the Ambani mansion in Mumbai.

Sahara India Township in Lucknow city was converted into a fantasy land for the lavish celebration.

More than 100 different dishes were served to 11,000 guests, as well as 150,000 homeless individuals, according to reports. As part of the celebrations, the Roy family also funded the weddings of 101 poor girls.

Over 50,000 people attended Brahmani Reddy’s wedding to Rajeev Reddy, which took place on the grounds of Bangalore Palace.

The bride dazzled in a US$2.3 million Kanjeevaram saree and a stunning US$12 million bridal jewelry.

The wedding invitations, which were sent out months in advance, featured an LCD screen that played choreographed music and a silver Ganesha figurine.

In 2013, Lakshmi Mittal’s niece wedded banker Gulraj Behl in a lavish US$70 million ceremony in Barcelona.

For the wedding, almost 200 cooks, butlers, and attendants were flown in from India and Thailand. Helicopters soared over the event to photograph the extravagant celebrations from all angles.

While the exact cost of this wedding hasn’t been revealed, it’s easy to imagine that the lavish 2019 event cost a lot of money. After all, we’re talking about the heir of Reliance Industries.