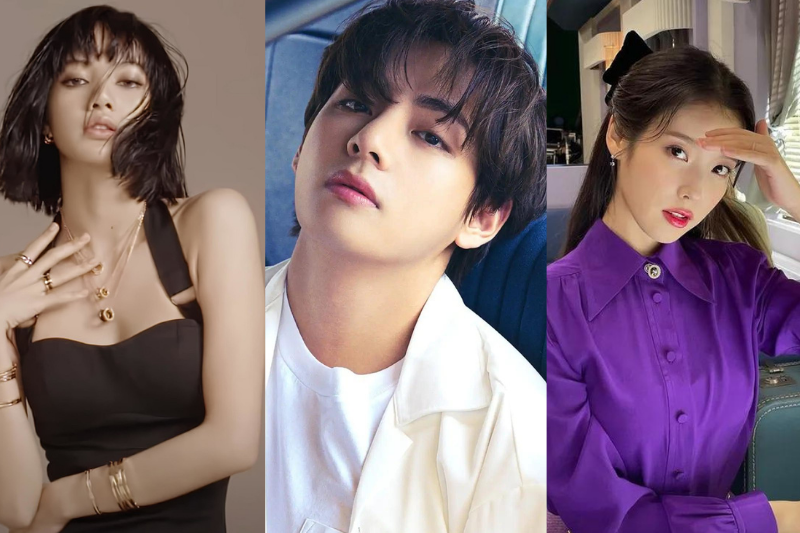 There have been a lot of K-Pop musicians that have made incredible contributions and given the world beautiful music. As a result, they have amassed enormous celebrity and wealth.

In 2022, Lee Ji-Eun is one of the wealthiest female K-pop idols, with a net worth of $40 million. She is a professional singer, composer, record producer, dancer, and actress.

Kim Tae-Hyung, one of the most well-known K-pop idols, is ranked #2 on the list of top 10 wealthiest K-pop idols, with a total wealth of $35 million. He is a record producer, singer, actor, dancer, and songwriter.

In the year 2022, Jeon Jung-kook is one of the most successful and popular K-pop idols. He is the youngest member of the popular K-pop boy band BTS. Jungkook is a singer, dancer, record producer, songwriter, and lead vocalist.

Suga Min Yoongi, better known by his stage name Suga, is a composer, rapper, record producer, songwriter, and part of the popular Korean boy band BTS. With a total wealth of $30 million in 2022, he is one of the wealthiest K-pop idols.

J-hope is the fifth richest K-Pop idol on this list, with a total wealth of $25-30 million. He is a member and dancer leader of the highly anticipated K-pop band BTS.

He is also a singer, songwriter, dancer, rapper, record producer, and member of the eagerly awaited K-pop band BTS.

Lisa Lalisa Manobal, with a total wealth of $20-25 million in 2022, is one of the most prominent and profitable K-pop idols. She is a well-known rapper, dancer, and vocalist who is a member of the popular K-pop girl group Blackpink.

With a net wealth of $20-23 million, Kim Nam Joon aka RM is another of the wealthiest K-pop stars. He is the frontman of the famous Korean boy band BTS and is a rapper, songwriter, and record producer.

Lee Hyori, also known as Nations Fairy, is an actress, singer, record producer, television personality, and activist. She is a member of the Fin. K.L. group, which is part of the first age of the K-pop business.

Sehun Oh Se-Hun aka Sehun is a South Korean rapper, singer, composer, actor, model, and dancer. As a lead dancer and rapper, he is a member of the South Korean as well as Chinese K-Pop boy bands Exo, Exo-K, & Exo-SC.

Kim Ji-Soo aka Jisoo, is an actress, singer, model, leader, and member of the famous K-Pop group Blackpink. Jisoo, a brand ambassador for the cosmetic brand Kiss me, is now endorsing several products from Dior, including bags and cosmetics.